We make reference to how the Canadian government plans to improve its workforce by filling labour gaps in order to accurately define “what is Municipal Nominee Program in Canada.”

Despite the fact that Canada’s unemployment rate is still above 7%, a recent study by the Business Development Bank of Canada (BDC) found that roughly 55% of Canadian entrepreneurs and small- and medium-sized businesses still struggle to find the workers they need to support their workflow, which delays deliveries and restricts business growth.

The Municipal Nominee Program (MNP), which gives preference to new immigrants from across the world who will be required to fill employment gaps in the nation, was introduced by the Canadian government in an effort to lessen this.

In doing so, we hope to help you better grasp what the Municipal Nominee Program in Canada is and how it relates to your current immigration to the country.

The Covid-19 pandemic’s effects are being felt today, not just in the health field but also more broadly in the workforce of many nations, including Canada.

Due to a lack of people in the labor pool, this has led to a significant backlog of orders as businesses fight everyday to keep up with their manufacturing and distribution.

The Canadian government created the Municipal Nominee Program as a trial program for economic immigration to let different local municipalities, labor councils, and chambers of business sponsor individuals for permanent residence in their area.

The Municipal Nominee Program in Canada, which was first introduced by Canadian Prime Minister Justin Trudeau after the elections in October 2019, aims to draw and keep the necessary skilled labor in smaller and mid-sized towns across the nation, thereby boosting the country’s economy.

In a mandate letter, Canada’s Prime Minister gave Marco Mendicino the authority to oversee the Municipal Nominee Program (MNP) and assist in carrying out the country’s immigration strategy, which calls for the admission of one million new permanent residents over the following three years.

According to Mendicino, this new effort of the Municipal Nominee Program in Canada is yet another excellent example of innovation in the country’s immigration processes and will help to provide a new pathway to permanent residency within the nation, according to the CBC.

The most sought-after larger cities in Canada include Montreal, Toronto, Calgary, Ottawa, Vancouver, and Edmonton, which attract many new immigrants.

The Canadian government created the Municipal Nominee Program (MNP) in an effort to draw people to the country’s smaller towns and rural areas by giving them better access to the country and preference in obtaining their permanent residence in response to the massive exodus of young, urban-minded people to Canada’s larger cities.

This will also aid in addressing the labor shortages in Canada’s smaller towns and rural areas.

Even though the Provincial Nominee Program is effective at bringing in new immigrants, 80% of them still settle in Canada’s metropolitan areas (bigger cities). The Municipal Nominee

Program in Canada aims to provide local towns and municipalities within provinces and territories complete power to choose their newcomers in order to further disperse these benefits.

The Municipal Nominee Program in Canada’s main characteristics are:

Minimum 5,000 openings each year for applicants

Reduce the requirement for actual presence in Canada from the current four years to three years within the previous five.

By making a free application, permanent residents of these provinces can get Canadian citizenship.

The federal government has not yet provided a more comprehensive list of requirements for the Municipal Nominee Program in Canada, but one of the most important ones will probably be connected to immigrant retention.

Mid-sized municipalities in Canada struggle mightily to keep new immigrants after they arrive.

More than half of the stakeholders polled said that a high retention rate in prestigious municipalities would be the most crucial element in the program’s success.

For a similar reason, the majority of Canadian regional programs currently in existence place a strong emphasis on applicants who have connections to the region (such as a job offer, prior work or study experience, or, even better, a family member who currently resides there).

However, research has shown that one of the best and most efficient ways of keeping new nominees is to guarantee that they receive essential settlement services.

READ ALSO:  Work in Canada by Applying for These Canadian Jobs

Additionally, you can be asked to provide documentation proving your desire to move to the municipality after being chosen.

All of these things will ensure that a chosen candidate stays in the area after being granted permanent resident status in Canada.

Using the Express Entry System makes it quicker to immigrate to Canada, but it can also be quite competitive.

The Express Entry Immigration Program’s Comprehensive Ranking System (CRS) assigns a score based on a number of characteristics, such as:

Language ability and other relevant variables

If you don’t meet the CRS cut-off, it’s very simple to have your Express Entry immigration application rejected. This is where the idea of regional immigration programs really shines.

Regional initiatives, like the Municipal Nominee Program in Canada, are more concerned with the candidates they choose than with their approval.

Essentially, your selection is based on your capacity to cover labor and demographic shortfalls in the area. As a result, their requirements tend to be far more adaptable to the needs of their individual regions. 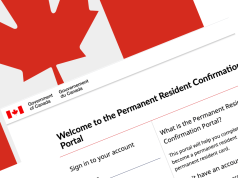 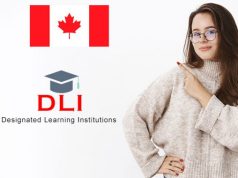