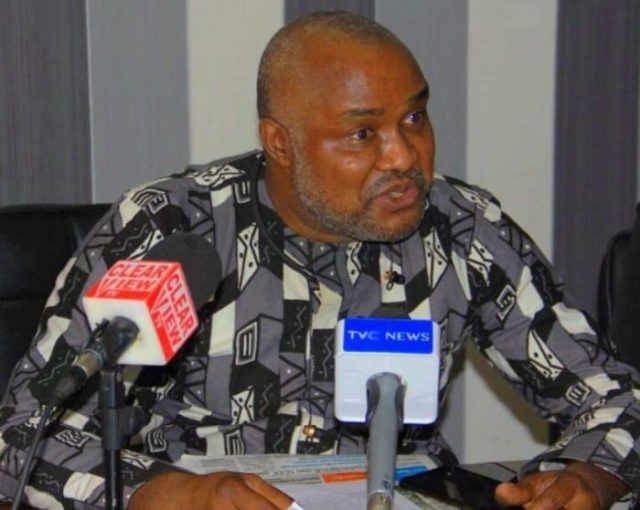 The Nigeria Police Force, the Nigerian Army, the Department of State Services, and other security agencies were criticized by the Human Rights Writers Association of Nigeria (HURIWA) on Wednesday for not protecting indigenous communities in Enugu State from herdsmen invasions.

HURIWA said that these security agencies have failed even though the government of Governor Ifeanyi Ugwuanyi has given them a lot of logistical and financial support over the last seven and a half years.

In a statement, HURIWA’s National Coordinator, Emmanuel Onwubiko, said that the constant attacks by marauding herdsmen on Enugu, the political capital of Igboland, are an attack on the whole South-East geopolitical zone, and that the over 60 million Igbo people in Nigeria and around the world should treat them as such.

The group said again that Igbo people from the area should be put in charge of security in the five South-East states of Enugu, Abia, Anambra, Imo, and Ebonyi.

Armed herdsmen are said to have killed a lot of people on Sunday in the troubled Ebor, Eha-Amufu community in the Isi-Uzo Local Government Area of Enugu.

Remember that 25 people died in the last attack on the communities of Ebor and Umujiovu on December 8, 2022, but the Enugu State Police Command told the media that only four people died.

Reports say that armed Fulani herdsmen and their helpers from the Agala community in Benue State have killed at least 120 people in four communities in Eha-Amufu since January 5, 2021.

“It is to Governor Ugwuanyi’s credit that both the police and the military have praised his unwavering support for security agencies.

READ ALSO:  A court in Ekiti gave a nursing mother a four-year prison sentence for stealing N5 million worth of noodles

“But the Army and police chiefs need to explain to the good people of Enugu why there is still insecurity in the state, including kidnappings for ransom, attacks on villages, and the killing of Igbo people by armed Fulani terrorists.

“The South East states must declare a security emergency and take strong, effective, and far-reaching steps to stop terrorists from sneaking into the region to cause trouble.”