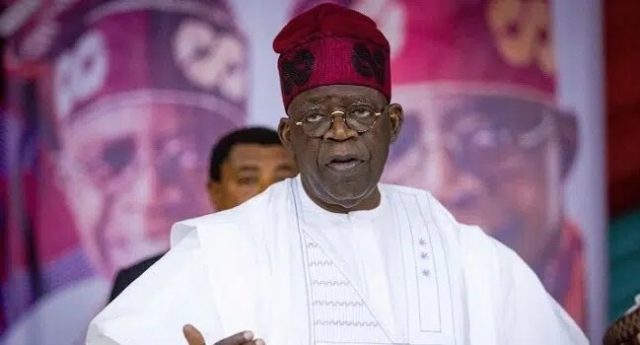 Senator Bola Ahmed Tinubu, the APC’s presidential contender, has promised Nigerians that they won’t regret choosing him to lead the country in the 2023 elections.

The presidential contender stated, “I want to assure Nigerians that voting me as the President of this country will be a total reversal for all the difficulties the residents of this country is going through,” in Kaduna on Tuesday at the North West zonal rally.

He urged all troublemakers to pursue alternate activities and promised that anyone who does not support the country’s peace, unity, and progress will not have it easy if he eventually wins the presidency.

He continued by saying that Nigerians will be able to conduct their regular business as usual once the current security issues were a thing of the past.

“My government will make every effort to generate jobs in order to give our young people a sense of identity.

Every chance will be taken to provide our farmers with the enabling environment and the tools they need to improve agricultural productivity across the nation.

In order to support All Progressive Congress (APC) candidates in the upcoming elections, he urged Nigerians to get their PVCs ready.

Earlier, Governor Nasir El-Rufai commended the North West residents for attending the rally in Kaduna and urged them to make sure the APC won all of the votes cast in the next elections.