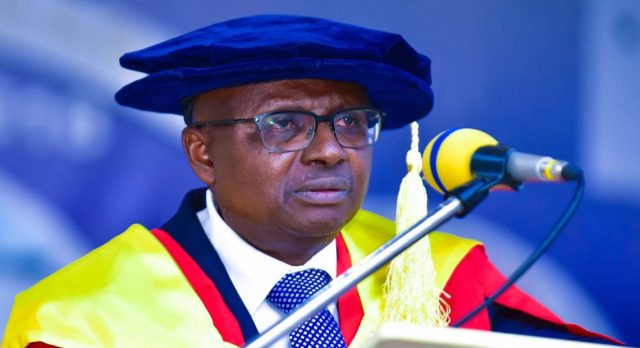 Professor Kayode Adebowale, who is the Vice Chancellor of the University of Ibadan, has said that rising food prices and inflation are causing malnutrition, obesity, and other diseases linked to diet.

Adebowale made this statement at a meeting of important people on the university campus.

DAILY POST said that the prices of goods and services, like food, have gone up across the country.

Adebowale, on the other hand, has said that the rise in food prices is making life harder for many Nigerians, especially those with low incomes.

In his welcome speech at the event, which was called “Increasing Fruit and Vegetable Intake of Low-Income Populations in Nigeria and Vietnam Through Food System Innovations,” the Vice-Chancellor said that Nigeria has a problem with different kinds of malnutrition.

He said that noncommunicable diseases linked to diet are getting worse because inflation has made it harder for people to buy food.

He said that rising food prices and inflation hurt poor people more than they hurt people who are not poor.

“In the midst of these, getting enough fruits and vegetables in the diet becomes a distant second concern, and the effects on health include undernutrition, obesity, and diet-related diseases among those who are already struggling the most.”

In her speech, Mrs. Folake Samuel, who is an associate professor of human nutrition, emphasized that fruits and vegetables are one of the most important ways to fix human nutrition problems.

She also said that fruits and vegetables aren’t just for people with a lot of money.

In his speech, one of the researchers, Godwin Bamsa, said that the research shows that people need to eat a certain amount of fruits to live a better, healthier life.