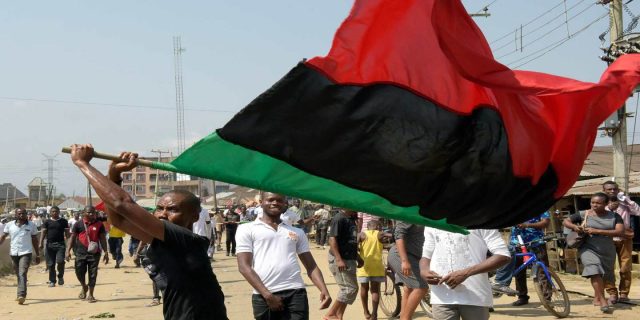 The Elders Council of the Indigenous People of Biafra’s youth wing has joined in denouncing the five-day sit-at-home order issued by Simon Ekpa.

According to DAILY POST, the IPOB, the Movement for the Actualization of Sovereign State of Biafra, MASSOB, the Ohanaeze Ndigbo, and Elders’ Council are among those who have denounced the directive.

In a similar vein, Comrade Ndubuisi Igwekani, alias Agu Biafra, the head of the Elders’ Council’s youth wing, said in a statement following their meeting in Enugu on Thursday that the pro-Biafra groups would no longer tolerate an indiscriminate sit-at-home order.

The group supported the Indegenous People of Biafra’s (IPOB) stance, which included canceling all sit-ins with the exception of days when Mazi Nnamdi Kanu, the IPOB leader, would appear in court.

They cautioned that no Biafra blood should be shed in the name of the sit-at-home edict and that any attempt to execute it would encounter fierce resistance.

Speaking for the organization, Agu Biafra cautioned that no one should be harassed or prevented from going about their daily lives.

He exclaimed, “Enough is enough.”

The group disclosed preparations for an upcoming gathering of all pro-Biafra organizations to talk about the release of the IPOB leader.