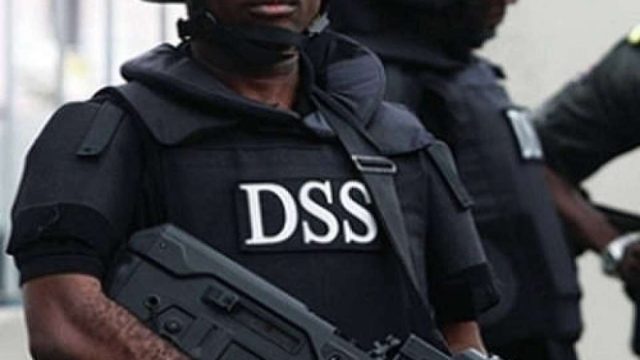 On Monday, John Tosho, the chief judge of the Federal High Court in Abuja, is said to have turned down a request from the Department of State Services (DSS) to arrest Godwin Emefiele, the governor of the Central Bank of Nigeria, on charges of financing terrorism.

In a previous event, a coalition of united political parties (CUPP) and a coalition of Civil Society Organizations (CSO) held a press conference in Abuja on Monday to protest what they said was a plan to arrest Governor Emefiele.

Tochukwu Ohazurike, the coordinator of the CUPP, led other CSOs in a protest against what they said was a witch hunt against the head of the CBN. He told journalists that the application by the DSS to arrest Emefiele was turned down by the Chief Judge because it was not done in the right way.

Ohazurike said that a suit had been filed at the Federal High Court with the case number FHC/ABJ/CS/2255/2022 to get a court order to keep Emefiele from moving around.

But the secret police failed to do their job because the court turned down their request.

Ohazurike said, quoting the Chief Judge’s ruling on the application, “It is noted that it has been the practice of the applicant to seek the detention of a respondent from under detention for a specific time period when such a respondent has already been arrested and is in their custody, and that fact is made clear in the supporting affidavit.” But that’s not the case here.

“The governor of the Central Bank of Nigeria, Godwin Emefiele, was seen on TV last night meeting with the President of Nigeria. “It is clear that the applicant wants to use this order in an illegal way, which is not okay,” the judge said when he turned down the request to arrest Emefiele.

CUPP said that some of the top politicians in the country were behind a plan to frame Emefiele for financing terrorism, arrest him, and keep him away for 60 days by the DSS. This was done to get Emefiele to change the cash withdrawal policy that the apex bank just announced.

Ohazurike also said it was sad that the plan was meant to stop the re-design of the naira, which would have happened on December 7 after the court order if Emefiele hadn’t gone to the U.S. with President Muhammadu Buhari.

CUPP said that a presiding officer of the National Assembly and a presidential candidate from a major political party were involved in the plot against Emefiele. They also said that DSS officials had surrounded the place of the press conference.

Ohazurike said, “It is shocking that the DG of DSS accused a man of funding terrorism and then let him go on a trip with the president.”