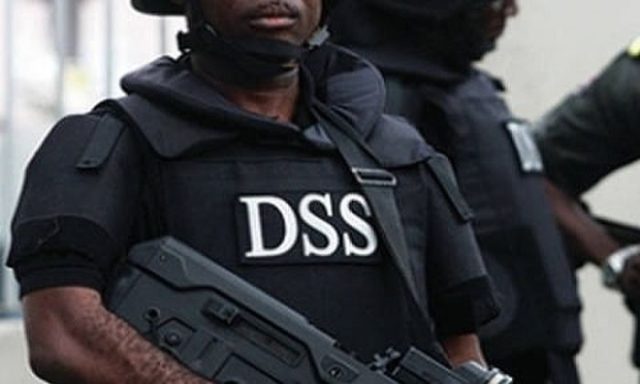 TheCable has learned that a federal high court in Abuja turned down a request from the Department of State Services (DSS) to arrest and jail the governor of the Central Bank of Nigeria, Godwin Emefiele (CBN).

Chief Justice Justice JT Tsoho turned down an ex parte motion brought by an applicant when the respondent was not there. He did this because the secret police had not shown any hard evidence that Emefiele had committed money laundering and other economic crimes to back up their claims.

Sources at the high court told TheCable that the judge said he should have been told if there was any proof to back up the claims.

“The judge also asked why the respondent’s name was just given as “Godwin Emefiele” without any indication that he is the same person as the CBN governor, a high-ranking public official in a very sensitive position,” a source told TheCable.

The court said that this kind of request should have come with the president’s approval because it would be very bad for the Nigerian economy if the CBN governor was arrested and detained.

Some people think that the move to arrest Emefiele could be political, since the new naira and the limit on cash withdrawals could make it harder to buy votes in the 2023 elections.

Several politicians have said that the new design of the naira is meant to hurt them, but President Muhammadu Buhari has given Emefiele his full support for the policy.

On Monday, a group of civil society organizations warned that there was a plan to frame Emefiele for terrorism and remove him from office.

In a statement released on Monday, Peter Afunanya, a spokesman for the DSS, said that those who try to use “propaganda” to hurt the service’s legal investigations will not be able to distract it.

Afunanya said that one of the DSS’s jobs is to “investigate matters that have to do with national security.” It has always done its job in the best interest of Nigerian citizens as a whole.”

“As a result, the Service will continue to give actionable intelligence to the right people without any feelings,” says the statement.

“While doing its job professionally, the DSS promises to stay on track and fair. It will not give in to propaganda, threats, or the desperation of people who are paid to hurt it.

“It also won’t let lies and trickery be used to change how the public understands and thinks about important national issues.

“Given not to join issues, the Service tells people who are on a wild goose chase to watch what they do. In the same way, it tells the general public to ignore the insults and rantings of misguided people and not let themselves be used to make things worse.

“Most importantly, these things should remember the old saying, “You can fool some people some of the time, but you can’t fool all people all the time.”

“To put it briefly, people or groups will not be able to stop the Service from doing its job for the Nation, its citizens, and the President and Commander-in-Chief.”

READ ALSO:  Reekado Banks's mother has passed away, just in

Afunanya asked Nigerians to “avoid being used to stop or hurt the Service and its legal investigations, as those who do so will be punished according to the law.”