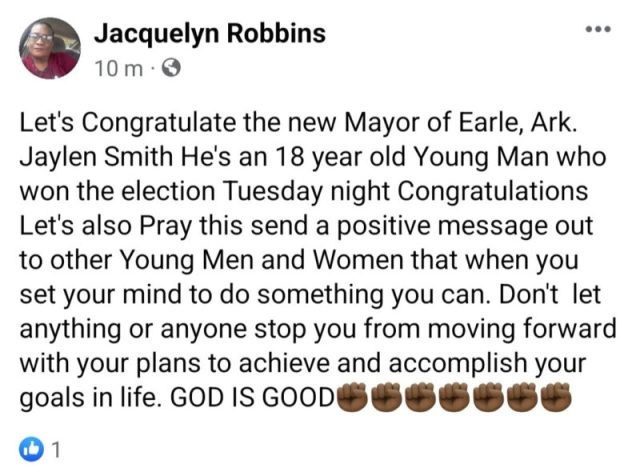 Smith, 18, defeated Nemi Matthews Sr. in a runoff election. According to the results, Smith garnered 218 votes while Matthews only received 139.

“Earle, Arkansas, residents, it’s official! I’ve recently been elected as the mayor of Earle, Arkansas. It’s time to transform Earle, Arkansas into a better chapter. I want to express my gratitude to all of my supporters for helping to increase voter turnout. I sincerely appreciate all of you.

Congratulations are already flooding in, and many people wish him luck in his new position. 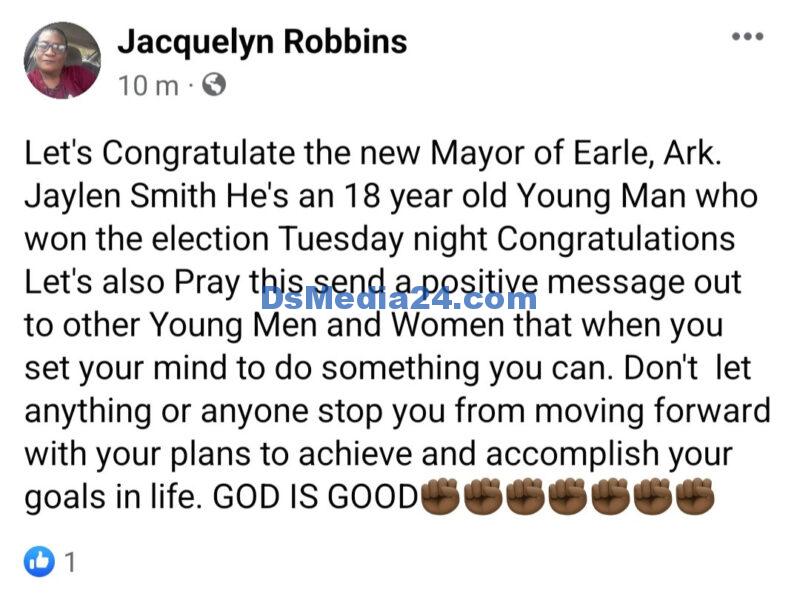 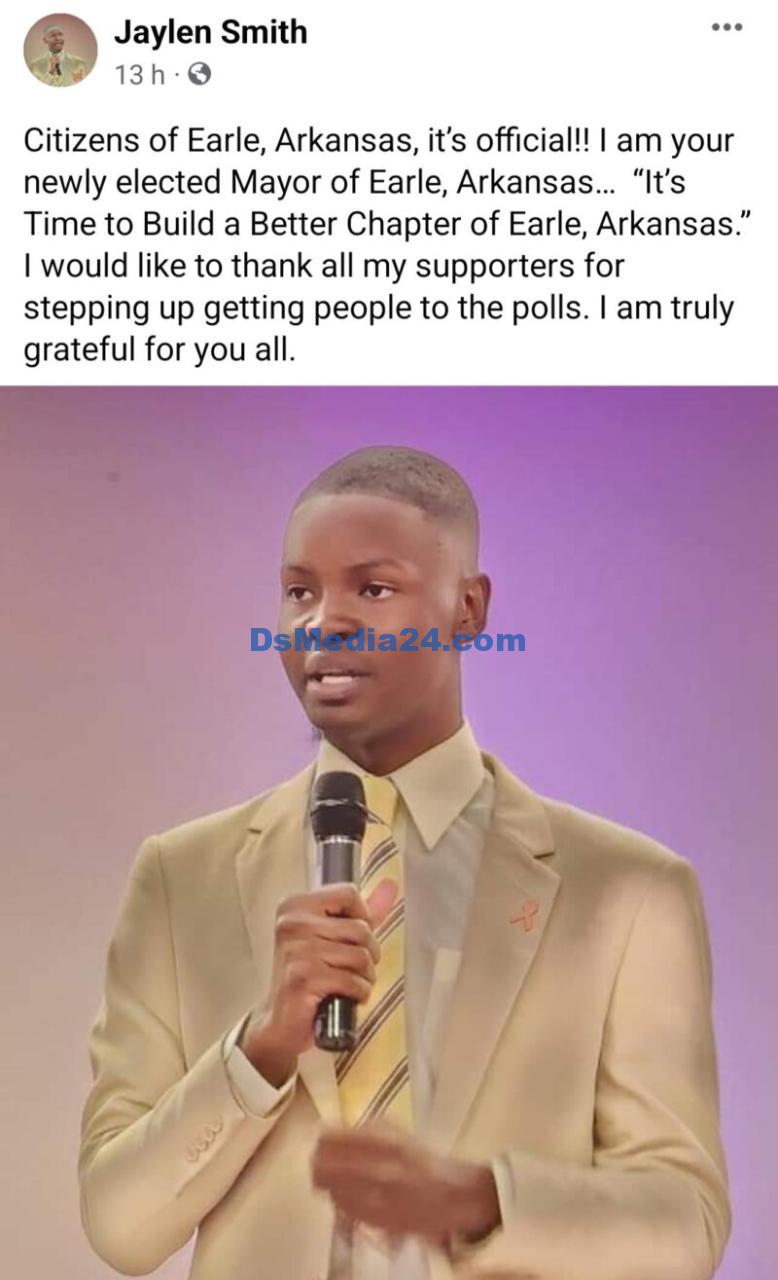