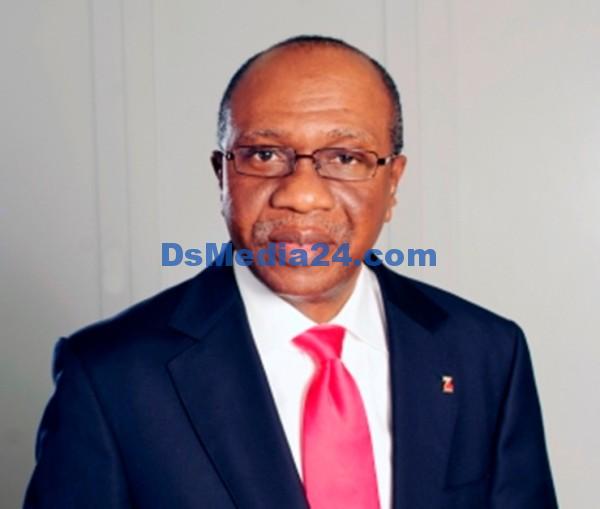 Coalition Against Corrupt Leaders in Nigeria (CACLN), a pro-democracy group, stormed the Presidential Villa on Thursday to demand that Godwin Emefiele, the governor of the Central Bank of Nigeria, be fired immediately for “fraud, diversion of government funds, and continuing unwholesome practices in the country’s foreign exchange management.”
A lot of people came to the “Emefiele Must Go” protest.

The Convener, Dauda Yakubu, told reporters that Emefiele has “desecrated the revered Apex Bank in Nigeria” and “made the country a laughing stock in the comity of nations.”

“I’d like to welcome everyone to this meeting, which was called to help our dear country. “As people who care about the Nigerian Project, we have seen one of the worst leaders the country has ever had,” he said.

“The Governor of the Central Bank of Nigeria, Godwin Emefiele, has not only disrespected the country’s most important bank, but has also made Nigeria a laughingstock among other countries.

His love of “voodoo economics” is also well-known. Changes in policy and inconsistencies in fiscal policies have hurt the economy in ways that are hard to imagine. This is very sad, and we want to make it clear that Godwin Emefiele is not fit to keep his job as Governor of the Central Bank of Nigeria.

“It’s still not clear why the Governor of a country’s sensitive Central Bank would get involved in partisan politics by running for President and spending billions of naira from the vaults of the Central Bank to achieve his political goals.

“Forex round-tripping by the Governor of the Central Bank is the most dishonorable thing that could happen and goes against all known ethics in the field.” This means that Godwin Emefiele must have been giving patrons and benefactors sensitive government information about monetary and fiscal policies over the past year.

“We know that the CBN governor came up with the new design of the naira to hide some of the mistakes he made while in office. Because of this, it cost several billions of naira to change the color of some naira bills.

Godwin Emefiele is an economic saboteur who should be arrested and charged with fraud, taking government money for his own use, continuing bad practices in the country’s Forex management, and many other things that are too many to list. Recent news about the stamp duties account does show why Godwin Emefiele should not be allowed to keep his job as Governor of the Central Bank of Nigeria.

“He doesn’t have the moral right or moral strength to be in charge of the Central Bank of Nigeria. He has no morals and is about to lead the country into an economic crisis that no one could have imagined. His voodoo economic policies have caused a lot of trouble and trouble for the whole country. Godwin Emefiele is the kind of person that Nigeria can’t afford to have in a position of power in the country, let alone as the Central Bank Governor.

“Godwin Emefiele has bled the country dry with his bad deeds, which go back to when Goodluck Jonathan was president and he was in charge of shady deals that almost brought the economy to a halt.

“In the fight against corrupt and incompetent leaders in Nigeria, my comrades and I stand together to make sure that Godwin Emefiele’s job as Governor of the Central Bank of Nigeria is taken away from him.

READ ALSO:  Emefiele's arrest by the DSS is halted by the court due to alleged terrorism financing

“We know that there are still a lot of questions about what happened to the money that the federal government got from stamp duty fees. We also know that Godwin Emefiele and his thugs are trying hard to stop the agitation in the media and have set aside hundreds of millions of naira to do so.

“The second step is to look into him and make him face the full force of the law for doing so much damage to Nigeria’s economy by putting in place shady and magical policies that help him, his friends, and his political backers.

We want the President and Commander-in-Chief to use his power to stop Godwin Emefiele from doing more bad things at the Central Bank of Nigeria and stop the country from falling apart.

“We also want the security agencies to start a full-scale investigation into how the Central Bank of Nigeria has worked from 2014 until now. This will help us figure out what’s wrong with the system. Nigeria needs better leaders to make its hopes and dreams come true.

Godwin Emefiele needs to leave! My fellow soldiers, this is where we stand. The whole world is watching what’s going on. He said, “Thank you for your time and interest.” Godwin Emefiele