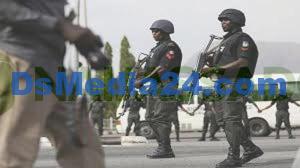 According to the Sokoto State Police Command, its operatives searched a political party headquarters in the state’s Isa Local Government Area and discovered three AK-47 rifles, a locally made gun, and other hazardous weaponry.

The State Commissioner of Police, Mr Mohammed Usaini Gumel, signed and released a press statement to journalists in Gusau, the state capital.

However, according to the DailyPost story, the commissioner did not name the political party, but rather stated that the political thugs were suspected of storing the firearms ahead of the 2023 electoral campaigns.

He stated that the police would not allow any sort of disobedience to the law, and that the security services had been tasked with ensuring that civilians obey laws and instructions for peace.

“Those planning to utilize the 2023 general elections to commit violence and crimes should stop from such barbaric activities because the command, under my watchful eye, would not accept bloodletting before, during, or after elections in the state,” he added.