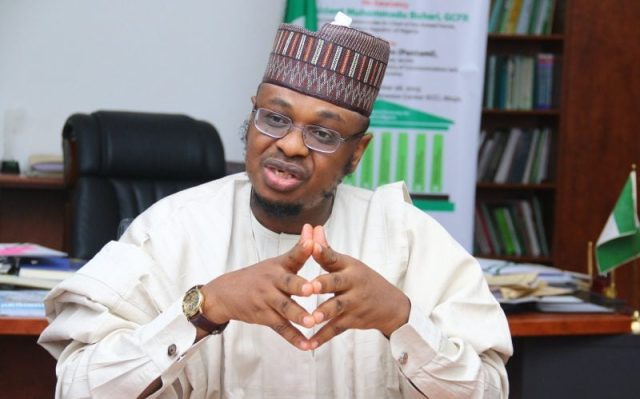 Professor Isa Ali Ibrahim Pantami, the Minister of Communications and Digital Economy, had meetings at the headquarters of Space Exploration Technologies Corporation (Space X) in Hawthorne, California, as well as a meeting at the headquarters of the World Bank and another meeting with Google Corporation. He did this to strengthen partnerships for the development of Nigeria’s digital economy.

The meetings with the World Bank and Google were part of the US-Africa Leaders’ Forum (USALF), which took place in Washington, DC, United States of America. The visit to Space X was a follow-up to the events at the USALF.

Samuel (Chad) Gibbs IV, the Vice President of Business Operations, met Professor Pantami at Space X on behalf of Elon Musk, the company’s founder and CEO. During the visit, both sides talked about how Space X can grow in Nigeria after entering the market through the Starlink broadband service.

The minister also asked Space X to think about hiring some engineers from Nigeria’s pool of digital talent.

During the visit, Pantami and his team were given a personalized tour of the SpaceX Rocket Manufacturing Facility, Starlink Assembly Line, and Product Development Facility. He also saw the live launch of two communications satellites into space by a Space X rocket.

At the request of the World Bank Group, the minister met with top bank officials, including Vyjayanti Desai, the Practice Manager for the bank’s Identification for Development (ID4D) and Digitizing Government to Person Payments (G2Px) programs.

The World Bank team praised the minister for his great leadership, which has helped Nigeria’s digital economy grow in big ways.

During the meeting, the bank and Nigeria also talked about how they can work together to improve the digital economy ecosystem in areas like infrastructure, training, cybersecurity, and digital identity.

Karan Bhatia, Vice President of Government Affairs and Public Policy at Google, also met with Professor Pantami. Mr. Bhatia had a lot of good things to say about the minister and the progress that has been made in making the Nigerian economy more digital.

He also praised Pantami for the Nigeria Startup Act, pointing out that the law could help the entrepreneurial ecosystem in Nigeria and other parts of Africa grow quickly.

The Vice-President of Google talked about how the company is paying more attention to Africa and is looking forward to growing partnerships with Nigeria in areas like training, cybersecurity, cloud computing, and more.

Under Professor Pantami’s leadership, the Federal Ministry of Communications and Digital Economy is still committed to implementing the National Digital Economy Policy and Strategy (NDEPS). This is to make sure that Nigeria’s digital economy stays a leader in Africa and around the world.