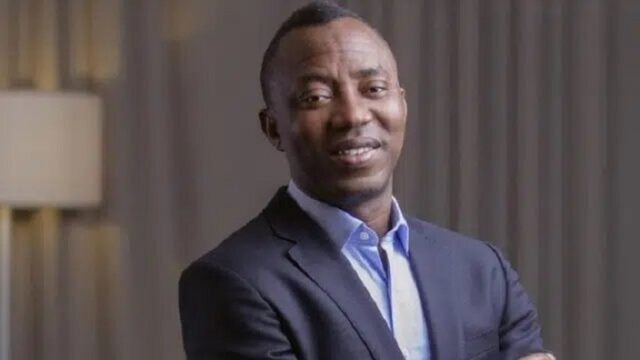 Omoyele Sowore, the presidential candidate for the African Action Congress, said that Doyin Okupe’s payment of the N13 million fine in exchange for a two and a half year prison sentence was not justice. Okupe was a former special adviser to former President Goodluck Jonathan.

In a 2013 interview clip shown on Al Jazeera, Okupe spoke for former president Jonathan, and Sowore accused him of corruption and laundering money. He also said that Okupe was one of the people who “sold away Nigeria by making deals with military leaders.”

Okupe, who was very angry, said that Sowore was “a big joke, a liar, and a man with no reputation who takes money to ruin people’s reputations.”

Sowore, on the other hand, said that Okupe was found guilty of exactly what he had accused him of nine years after their debate on Al Jazeera.

He also complained that it took Okupe nine years to be found guilty, saying that during that time Okupe was able to steal even more money.

Sowore said, “Nine years after that interview, Okupe was found guilty of laundering money.” That’s also why I decided that writing about corruption and looking into it weren’t enough to change society. These guys are so used to being out in the open that they no longer care. You saw him laughing, which was good. On international TV, he laughed off the accusations.

“But look how long it took him to be found guilty. After nine years. During that time, he was again charged with corruption in 2016 or 2017.

“So if they had put him in jail in 2013, he wouldn’t have been able to get his hands on the other N720 million he was accused of having. In fact, he was found guilty here because of that case (four days ago).

“He only had to pay back N13 million. For someone who stole N720 million, that’s a very small amount. From my point of view, that’s not fair.

“This is one of the reasons why people like me went into politics to clean it up, create a new group of young people with morals, and get them to work together.”