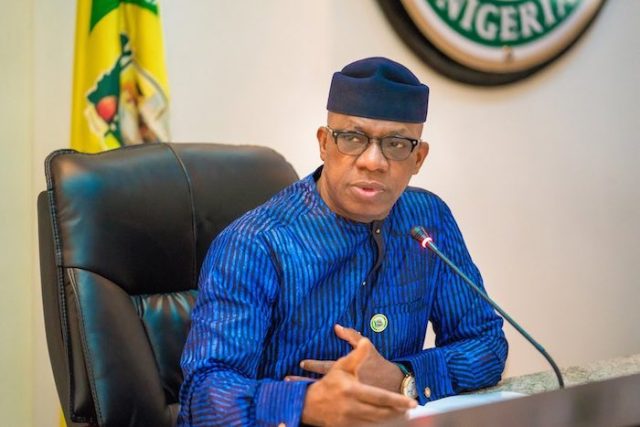 Governor Dapo Abiodun has appealed to traditional healers for help in helping the government clear Ogun State of ritual killers as a result of the growing number of ritual killing cases in the State.

Abiodun denounced the monstrous act of ritual killers, saying they have portrayed Ogun in a poor light and given it a negative image, while speaking at a workshop on the campaign against ritual killings and quackery that was organized by the Ogun State Alternate Medicine Board (OGAMB) in collaboration with the Ogun State Police Command.

Abiodun asked for all hands to be on deck to expose those responsible for the murders of innocent people and put an end to the threat in order to safeguard the state and its reputation.

“Please join us in exposing those who are damaging your reputation and your hard work. Get away from those who commit ritual murder.

The traditional healers were begged by Abiodun.

In order to establish the annual Isese Day as a day set aside for all traditionalists in the State, he pledged that he would sign an executive order.

The governor added that his administration would work with the relevant government organizations to establish an Ogun College of Complementary and Traditional Medicine.