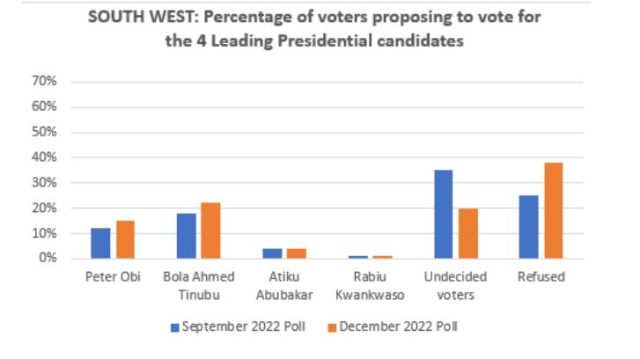 For the second time in four months, a new poll that ended in December showed that Peter Obi, the Labour Party’s (LP) candidate for president in 2023, is ahead of the three other frontrunners.

The poll, which was done by NOI Polls Limited and paid for by the Anap Foundation, showed that Obi is ahead of Bola Tinubu of the All Progressives Congress (APC), Atiku Abubakar of the Peoples Democratic Party (PDP), and Rabiu Kwankwaso of the New Nigeria People’s Party (NNPP) (NNPP).

Wednesday, Atedo Peterside, who is the president of the Anap Foundation, said this live on Channels TV’s Politics Today show.

He said that the election is no longer a three-horse race, as a poll from September said, but is now a four-horse race.

In a new poll that came out in December, Peterside said that Obi has 23 percent, Tinubu has 13, Atiku has 10, and Kwankwaso has 2 percent. The report came from Channels Television.

“No one has made or lost more than 2.3%. He said, “I don’t know if that’s good news or bad news, but it seems like nothing has changed in a fundamental way.”

He said that mobile phones were used to do the poll because more and more people in the country have them. He also said that a lot of people are still undecided.

Peterside also said that people are interested in the next general election because of problems with the economy, poverty, and insecurity, among other things.

He said that young people are very interested in this election and have thrown dirt on candidates who haven’t shown up to presidential debates.

In September, Anap Foundation released a similar poll showing that Obi was also ahead of the other 17 candidates for the top job at Aso Rock in 2023. 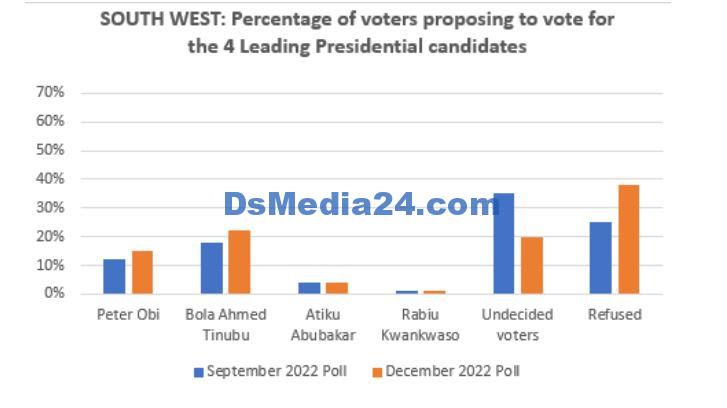 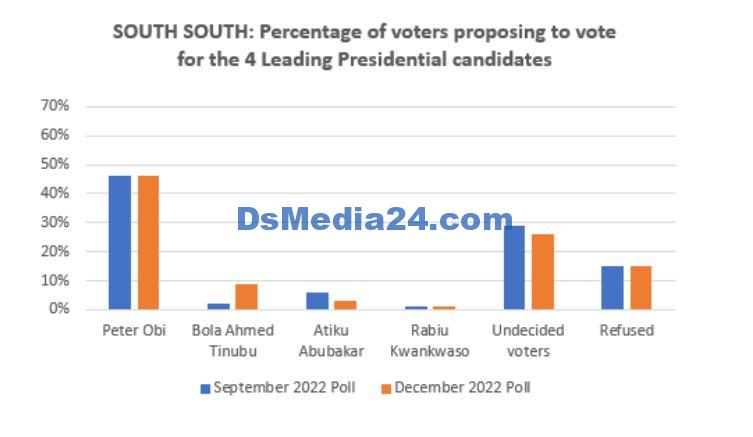 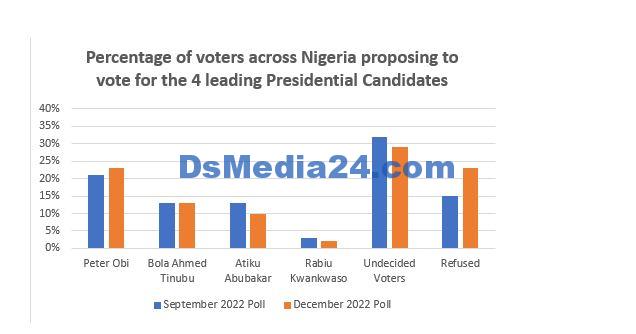 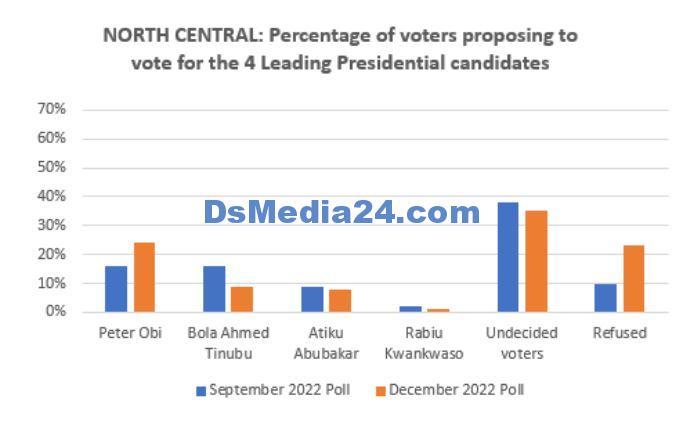 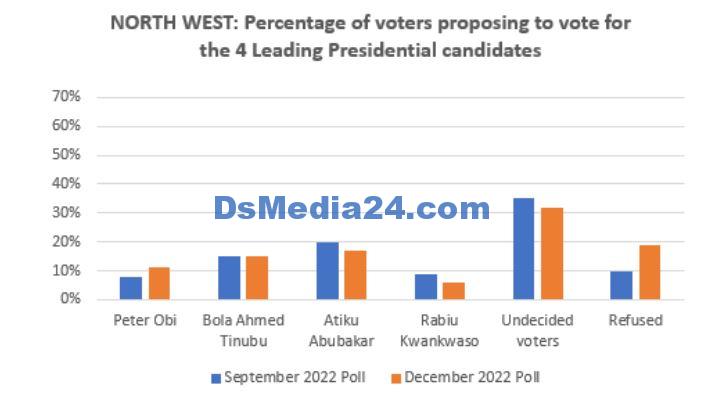 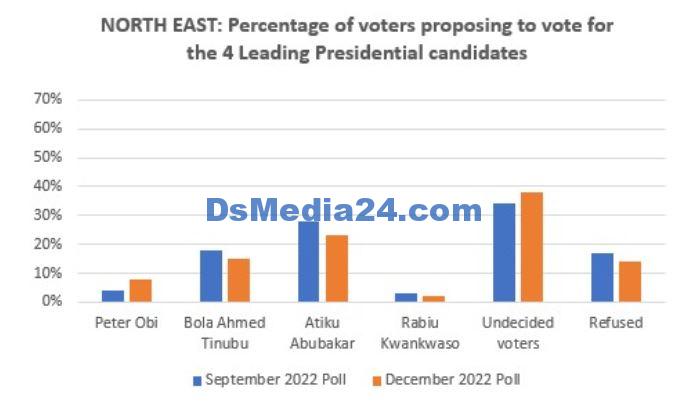 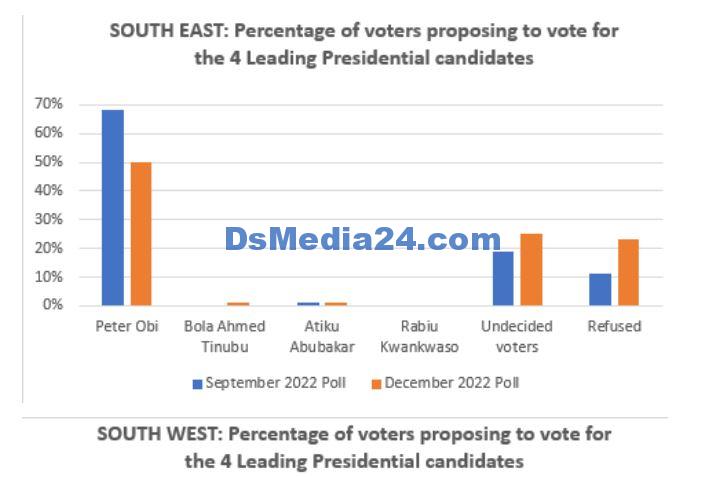