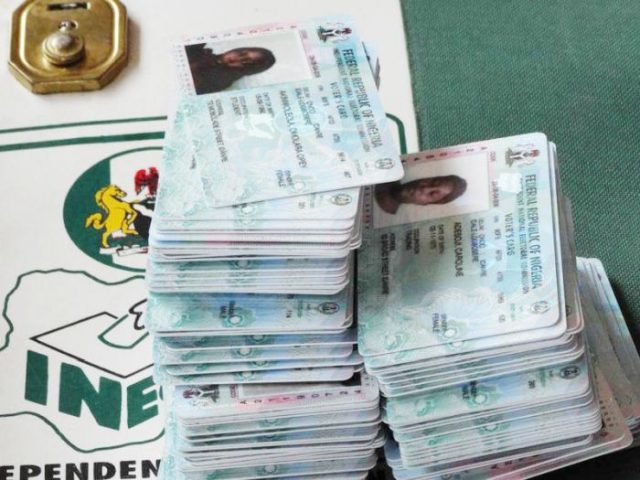 The Permanent Voter Cards (PVCs) of millions of Northern voters, especially women, are being demanded in exchange for N2,000, according to the Northern Elders Forum (NEF).

In a statement released on Wednesday, Hakeem Baba-Ahmed, the director of publicity and advocacy for the forum, claimed that the Independent National Electoral Commission (INEC) had validated what the general people had been aware of for the previous few weeks.

The conference condemned the widespread and deliberate purchase of PVCs in numerous regions of Nigeria’s north and in a few other regions.

The Forum acknowledged having observed this alarming trend and cautioned important stakeholders and local leaders about the risks of massive public disenfranchisement.

NEF stated that this public warning was in response to its own investigations as well.

It stated: “Millions of Northern voters, especially women, are being forced to surrender their PVCs for meager sums of money, usually less than N2,000.

“In certain cases, they are assured that after their applications for additional payments as poverty relief have been approved, their cards would be returned to them. No cards are given back.

“Our research indicates that this is an aggressive and overt endeavor to suppress the vote in order to weaken the North’s electoral influence. According to INEC, this approach alone won’t endanger the organization’s systems or procedures.

Despite appearing to work for multiple parties, those who engage in this technique “select communities where they believe their parties or candidates have comparative advantages or disadvantages.”

Therefore, regardless of the party or candidate they support, the forum warned registered voters not to ever part with their PVCs.

READ ALSO:  President Buhari explains why he didn't listen to advice to get rid of fuel subsidies

It stated northerners must vote in the future elections, adding that was the only way the region could turn its current fortunes and circumstances.

The statement continued, “To sell your card today or sell your vote in the elections next year is to abdicate your duty to better our situation and future.

“Every Northerner should be aware that the only remaining powers we have are the voting population and election turnout, but we may utilize these to influence who will lead us in the upcoming elections.

“Voters from different regions of the nation zealously defend their chances to cast ballots. Our current relative poverty is no justification for giving up the chance to better our future.

They demanded that all authorities step up their degree of vigilance and stop this behavior, as well as that the electoral umpire step up his or her public education campaign against this grave danger to the right of all voters to vote.

The Federal and State administrations were further urged on to intensify campaigns against violent threats that could deter millions of voters in the North, and many other citizens in other regions of the country from voting.