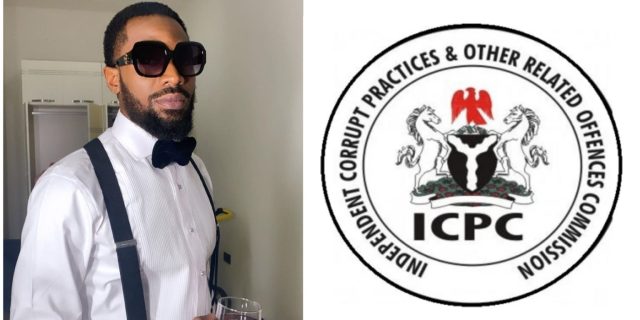 Nigerians have urged the Independent Corrupt Practices and Other Related Offences Commission (ICPC) to identify the politicians and government officials involved in the said deal following the arrest of well-known Nigerian musician Oladapo Daniel Oyebanjo, also known as D’banj, for alleged fraud connected with the N-Power Programme.

It was claimed that the musician successfully siphoned the N-Power fund with the assistance of some senior government figures.

Nigerians are now certain that the commission’s inquiry must be transparent.

According to DAILY POST, the ICPC detained D’banj on Tuesday in connection with allegations of the illicit diversion of monies intended for N-Power program recipients.

The musician is presently assisting the investigators in figuring out the details of the fraud claims made by the petitioners, according to a statement released by the ICPC on Wednesday, which confirmed his arrest.

The Federal Ministry of Humanitarian Affairs, Disaster Management, and Social Development, which is in charge of the National Social Investment Programme (NSIP), acknowledged financial irregularities and said it had requested a thorough investigation from the anti-graft agency after receiving complaints about some egregious behavior by employees of the Payment Service Provider who were involved in beneficiaries’ payment processes.

The troubled musician was never the ministry’s brand ambassador for the N-Power initiative, it was further stated.

In an interview with DAILY POST, activist and public commentator Jaye Gaskiya encouraged the ICPC to thoroughly investigate the case regardless of who was involved, adding that “if there is any misconduct on D’banj’s part, he should be punished.”

“D’banj couldn’t have done it alone if the accusation was genuine, therefore let him speak; he should be given the opportunity to do so and should not be barred from speaking to the media.

Nigerians responded to this on social media by calling on the Minister to conduct an investigation.

“If the woman in charge is not arrested along with other officials, then you are not serious,” replied @ChukyUnfazed.

“You all mentioned and detained D’banj, but the government officials are unknown, so painful, no transparency,” tweeted @Sunshine4realsh.

“Very easy for ICPC to arrest D’banj and publicize it but the government officials he allegedly conspired with cannot be revealed right?” lerritweeted someone.

We are keeping an eye on this country and its hypocritical standards.

The House Committee on Disaster and @Sadiya farouq are the two people who have destroyed Nigeria, according to @OlusholaOba.

“The minister should be invited as well,” said @Joseph Messii. “N-Power beneficiaries have been screaming about non-payment ever since she took office.”

“The ministry has failed many Nigerians, they have been dealing or conducting business with our money,” said @alber 965. Under vice president Yemi Osibanjo, things were not at all like this. Pay us, Madam Minister.

@Isahl10068773, “Highest level of irresponsibility. What is a singer with N-Power money worried about? Actually, it’s time to dissolve this ministry.

Sadiya needs to be thoroughly investigated because she hasn’t done anything to promote the program since she took over, according to @4f384f5ac9064cd.

President Muhammadu Buhari launched the N-Power program in 2016 to address the problems of young unemployment and empowerment while also promoting social development.

READ ALSO:  Atiku has outlined his plan to restructure Nigeria in 2023, according to Obaseki

Initiated by the Vice President’s office, the program was later moved to the Ministry of Humanitarian Affairs in 2019.