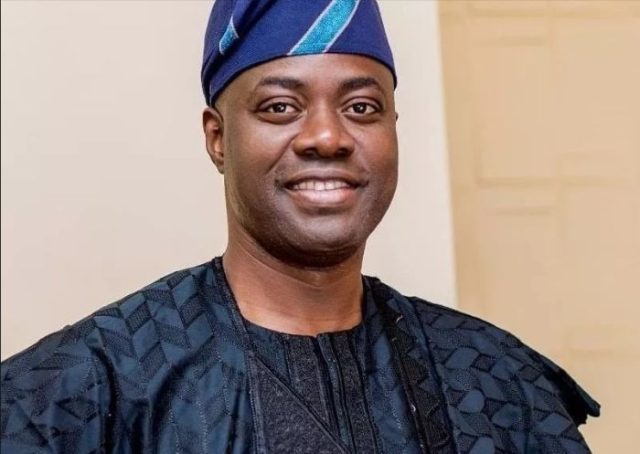 The Peoples Democratic Party (PDP) and Oyo State Governor Seyi Makinde are allegedly plotting to rig the forthcoming gubernatorial election, according to the All Progressives Congress (APC) in the state.

In an effort to achieve a second term for the governor, there have been claims of vote-buying, funding of violence to obstruct rival parties from conducting their electioneering activities, and planned compromise of some Independent National Electoral Commission (INEC) personnel.

Olawale Sadare, the APC’s publicity secretary, lamented the governor’s charitable gesture to political leaders, religious organizations, and others in a statement released on Friday to newsmen in Ibadan. They claimed it was scripted and intended to smooth the way for the governor to win a second term.

“It is highly imperative for us to alert the public, INEC, and the security agencies about certain steps being taken by the governor and some of his agents to perpetrate vote-buying and other egregious behavior in their bid to taint the upcoming general election in the state in favor of the candidates of the PDP,” the statement read.

The reality is that Governor Makinde has access to sufficient funds from the state treasury to carry out his job to sway voters and other important stakeholders ahead of, during, and after the gubernatorial election in particular.

The APC claims that Makinde is conducting his campaign in such a way that it is obvious that he intends to impose himself into office by force because not a single political rally has taken place anywhere in the state for more than 90 days after INEC removed the prohibition on open campaigning.

They insisted that the governor must be hiding something if he did this unusual conduct.

“The shoddy way Oyo PDP under Gov. Makinde conducts its campaign activities has suggested to the astute minds that the governor and his people do not lay their expectation of a second term in government on respectable electioneering and credible electoral process,” the author writes.

“After more than 90 days since INEC removed the restriction on open campaigns in the run-up to the 2023 general election, the ruling Oyo PDP has yet to hold a single political rally in any area of the state,” the report stated.

“Instead of engaging the electorate and providing an account of stewardship in the previous 42 months with a view to maintaining the confidence of the people, Governor Makinde has appointed a sizable number of foot soldiers to bargain for votes by doling out crumbs and financial inducement,” reads a statement from the statement of responsibility.

“A excellent example is the federal government’s social program that has been hijacked, in which residents are receiving payments of varied amounts to mitigate the consequences of the financial crisis.

We have reliable information that the Oyo state administration has taken control of the cash distribution because they require recipients to provide their unique permanent voter cards, which they gather and scan, before dispensing the cash incentives.

In order to find the phone numbers and bank account information of potential voters who have PVC and are eager to cast their ballots in the upcoming general election, another group of foot soldiers are now moving through several areas of the state capital and other important cities in the state. In a blatant case of inducement prior to the holding of the 2023 election, the governor sent a proxy early this week (who is also a PDP candidate for the House of Representatives election) to give some items packed as Christmas/New Year gifts to several INEC officials.

“All of these are on top of the baits of contract bazaar, illegal government land allocation, SUV gift, among other things, that are being packaged to woo some identified political gladiators, traditional rulers, religious leaders, civic society organizations, trade unionists, student bodies, and influential personalities who have been established to be opposed to Governor Makinde’s reelection bid because of his subpar first term performance.

“On this basis, we call upon INEC, EFCC, ICPC, Code of Conduct Bureau, and other pertinent government agencies to focus their searchlight on Oyo state and make sure that dishonest individuals who are determined to sabotage the 2023 election do not have their way.” I added APC.