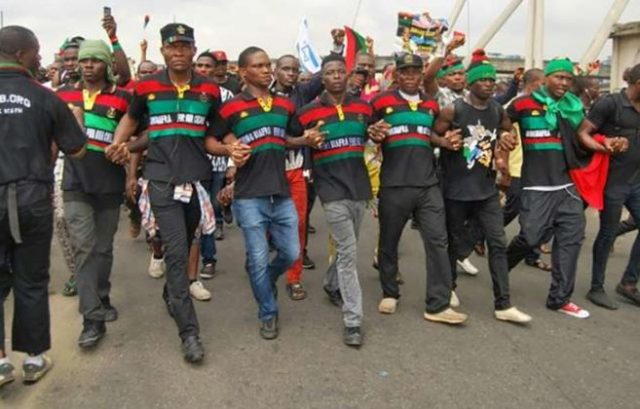 On Monday, the Indigenous People of Biafra (IPOB) denied that they had a bomb factory in Ebonyi State or anywhere else in Southeast Nigeria.

The police said that the IEDs they found could do a lot of damage if they went off.

In a statement, IPOB’s spokesman Emma Powerful said that the claim was not true.

IPOB said, “After the Nigerian security architecture tried to blackmail IPOB by burning down INEC and government buildings and killing security officers in the South East and failed, they are now trying to blackmail us with the so-called bomb factory in Ebonyi State.”

“We want to make it very clear that IPOB is not guilty of this accusation,” the group said in response to the police claim. It’s too bad that the Nigerian government is hurting their image and reputation in order to blackmail IPOB and trick the rest of the world into thinking IPOB is a terrorist group. They didn’t know that the world has Intel that tells them the truth about what IPOB is doing.

“The Nigerian government is even more angry because IPOB has beaten them both on the world stage and at home, even though they have done a lot to lobby against us.

“Again, for the record, IPOB and ESN do not use bombs in their work and have no bomb factories anywhere. If a bomb factory is found in the East, it must have been set up by the police and their terrorist brothers, the Fulani herders who are experts at making bombs.

READ ALSO:  Many prisoners escaped from the Kuje Prison terrorist attack, and Abba Kyari was removed from the "ruined" facility

“We want a full and independent forensic investigation of the so-called bomb factory so that our enemies, whose goal for years has been to kill us and take our land and resources, won’t be able to put our people’s lives in danger.

“However, anyone who lets themselves be used to make chaos and confusion in the South East should know that IPOB will fight back hard and seriously. We are watching the Nigerian police make fun of themselves and their government.

“We said we would kill them with the truth, not bullets and bombs. The more they try to pressure IPOB, the more IPOB shows the world how bad and empty they are. Elohim has sent us on this mission, and we won’t give up or back down, even if we are blackmailed, arrested, tortured, killed, or taken against our will, until Biafra is fully restored as an independent free nation.”