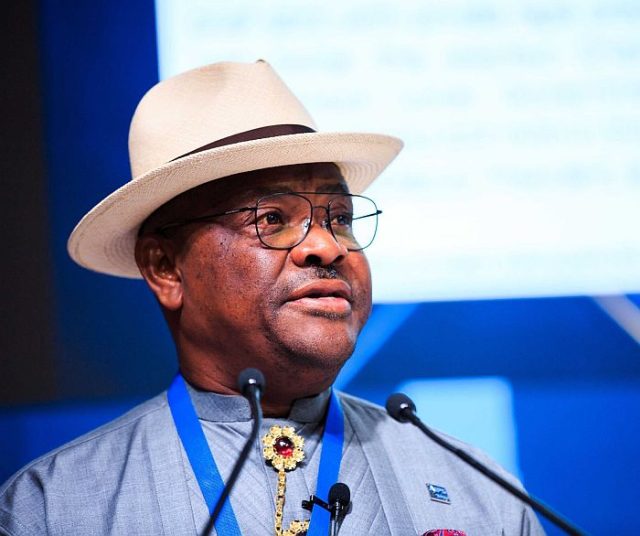 Nyesom Wike, the governor of Rivers State, says he will say who he wants to run for president in January 2023.

The governor said this on Thursday. He also said that he will campaign for his chosen candidate all over the country.

When he opened the tenth flyover built by his administration in the Obio-Akpor Local Government Area of Rivers, Wike said, “From January of next year, I will start telling my people who they should vote for.”

“So, all of you who have been waiting and saying all kinds of things and being mean to me, stop. It’s now January.

“I will not only tell them (my people) who to vote for, but I will also go from state to state to campaign for that person and tell them why they should vote for that person, and nothing will happen,” he said.

Wike and Atiku Abubakar have been at odds over who should lead Iyorchia Ayu since May, when Wike lost the PDP presidential primary.

After the presidential primary, it hurt Wike that former Vice President Atiku chose Delta State Governor Ifeanyi Okowa as his running mate instead of his closest rival from the primary.

Wike and four other PDP governors, who are known as the G5 or the Integrity Group, have said that Benue-born Ayu must step down so that a southerner can take his place if they want to support Atiku’s bid for the presidency in 2023.

In December, Governor Aminu Tambuwal of Sokoto State, who is in charge of Atiku’s campaign, went to see Governor Samuel Ortom of Benue State, who is one of Wike’s allies and a member of the G5, in an attempt to end the crisis. However, this did not work.

READ ALSO:  Pastor Adeboye says, "The Naira isn't worth the paper it's printed on."

Later that day, Atiku said on Channels TV’s The People’s Townhall that he had met with Wike five times to try to solve the problem, but that there was no sign of a solution. Ortom and Wike then ignored Atiku, who was running for office in Benue earlier this month.

Wike and his supporters haven’t been seen campaigning for Atiku, but it’s not clear if they’ll back Obi, Kwankwaso, or Bola Tinubu of the APC in the race for the top job at Aso Rock.