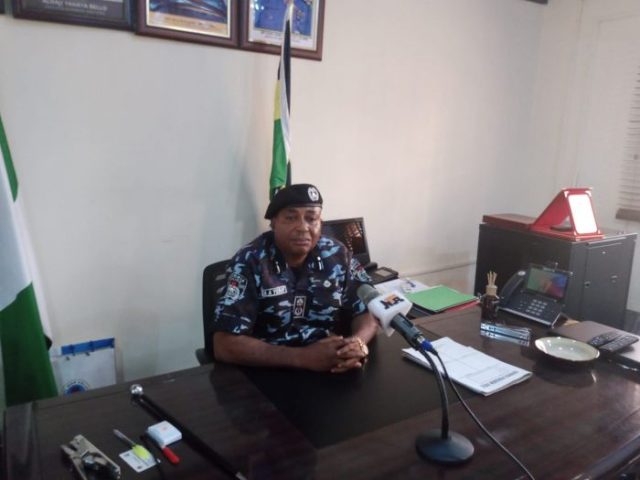 Before the general election in 2023, the Nigeria Police Force has promised to take action against any person or political party that plans to cause violence in Kogi State.

CP Adeshina Yusuf, who is in charge of police in Kogi State, said this at a meeting on election security on Tuesday in Lokoja, the state capital.

CP Yusuf said that the meeting was well-timed and that the command, along with other security agencies, has decided to make sure that the 2023 election is fair and peaceful.

He told Kogites to work together, no matter what religion or party they belonged to, and he promised that the police would not take sides in the 2023 election.

He said that the command was aware of the petitions about how some angry people were causing trouble in some parts of Kogi State and that the police would work around the clock to catch them.

The Commissioner said it was a group task for a free and fair election and warned young people not to let dishonest politicians use them for their own gain.

Gabriel Longpet, the Residents Electoral Commissioner (REC), told the group that INEC is ready for the 2023 election. He also said that the commission can’t have a transparent, free, and fair election without the help of security agencies and key stakeholders in the state.

He gave the impression that the commission knew about a lot of bad things that had happened in the state, which he thought didn’t say much good about the people.

The INEC REC was upset about how uninterested voters had been in the past, so he told political parties that in the 2023 election, they shouldn’t get violent and should instead focus on campaigning on issues.

Longpet made it clear that no one could stop political parties from campaigning as long as they did so legally.

Longpet said that INEC has used a lot of technology to make the election process more open and fair. He also said that political parties should be civil and follow the peace agreements signed in the country.

He wants political gladiators to follow the rules. He also wants them to tell security agencies about any troublemaker who wants to cause trouble in the state.