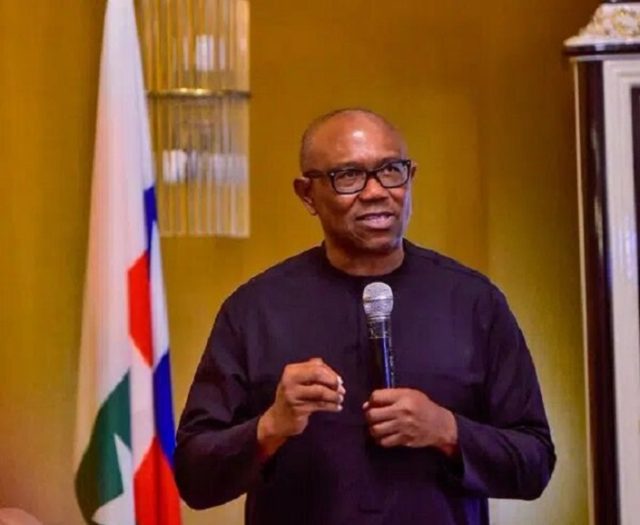 The Labour Party’s (LP) nominee for president, Peter Obi, claims that if won, his administration will be led by young people and women.

At a town hall gathering with young people on Wednesday in Port Harcourt, the capital of Rivers, Obi stated as much, adding that the elder people will mostly serve as advisors in running the administration.

“A government that disregarded how education affects development is doomed. I promised to fund and boost funds for education in my manifesto. The biggest investment that society can make is in education, so we will make investments in that, added Obi.

“A civilization is more evolved the more educated it is. While the human infrastructure—education—has not been created, you still talk about physical infrastructure.

Therefore, we will finance tertiary education through partnerships, the government will provide the funding, and we may even be able to enlist the help of some firms and offer student loans.

“Universities ought to have the ability to manage their resources so they are not forced to close. There are so many things that don’t make sense, but I’ll get down with ASUU and we’ll talk about it.

“I won’t let them make you remain for eight years to complete a five-year education. It will always be five years. It is between myself and ASUU if I have a problem with them. We disagree, but you shouldn’t suffer because of it.

“I promise to visit at least 10 universities annually when I’m president. When I served as governor of Anambra, I visited more than 500 secondary schools. They all have my phone number, and I interact with all of their school prefects directly.

READ ALSO:  Supporters of Peter Obi are prohibited from congregating at the Lekki Toll Gate

I’m going to visit the universities and make them function since I was chosen to do so.

“This administration will be made up of women and young people. The elderly will serve as our counselors and leaders, and we will respect them, but the youth will take the lead.

In their chamber, Obi also met with the traditional leaders of the Rivers state, where he was welcomed with open arms.