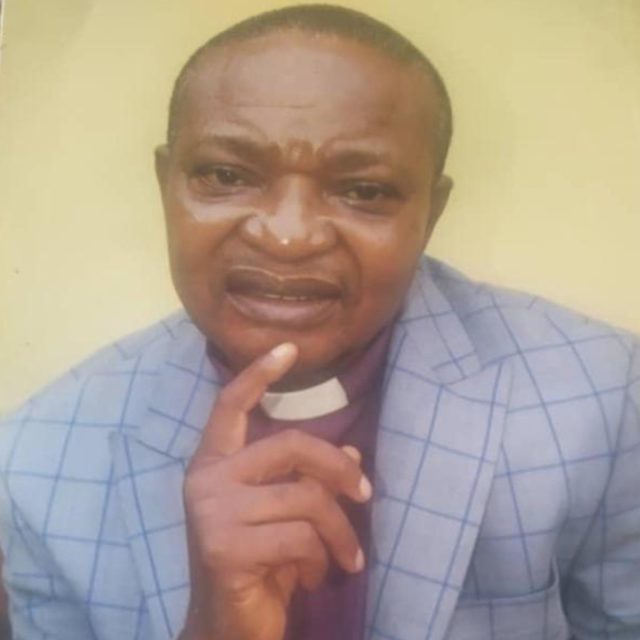 Senior Apostle Tom Etim, the recently deceased Chairman of the Christian Association of Nigeria, CAN, Oron Chapter, Akwa Ibom State, has passed away.

The Apostle, who founded Power Tower Mission International and served as its General Overseer, reportedly passed away following a brief illness.

This was said in a statement made available to journalists in Uyo on Thursday and signed by Rev. Innocent Bassey, Secretary of the Church Management Board.

The deceased was a two-term CAN Chairman in his region and the older brother of Rt. Hon. Bassey Etim (commonly known as Bafil), a former member of the National Assembly.

According to reports, the deceased former CAN chairman was known for distributing church tithes and giving to physically challenged people at the conclusion of church services. For his actions, the State Joint Association of Persons with Disabilities named him Grand Patron.

Further information revealed that he was well renowned for leading a life of generosity and humanitarian assistance in addition to his tenacity in gospel preaching.

According to the announcement, the funeral will be conducted on December 23, 2022, at 10 a.m., at the Prayer Tower City, located on Prayer Tower Avenue across from Dakkada Luxury Estate along Airport Road in Ibiaku Issiet.

The following is an excerpt from the statement: “The late Senior Apostle Tom Etim served two consecutive terms as the immediate past chairman of the Christian Association of Nigeria, CAN, Oron Chapter.

“His passing caused us, the family, the Christian Association of Nigeria, CAN, as well as the general public, to feel a profound loss. This is unquestionably God’s desire, and it is a truly lovely departure.

Senior Apostle Tom Etim had a significant impact on his community’s economic well-being at the local level by preaching the pure gospel of Christ and implementing life-changing initiatives targeted at upliftment of the populace.

The deceased was also the chairman of the Oron chapter of the Organization of African Instituted Churches and its state welfare officer. He was also the chairman of the board of trustees of the Nigerian Christian Youths in Politics, the chaplain for the National Women in Agriculture and Environmental Protection, the chaplain of the Transparency and Accountability Center, and a member of the Nigerian, American Christian Peace Movement and Weldon Christian Messengers, USA.