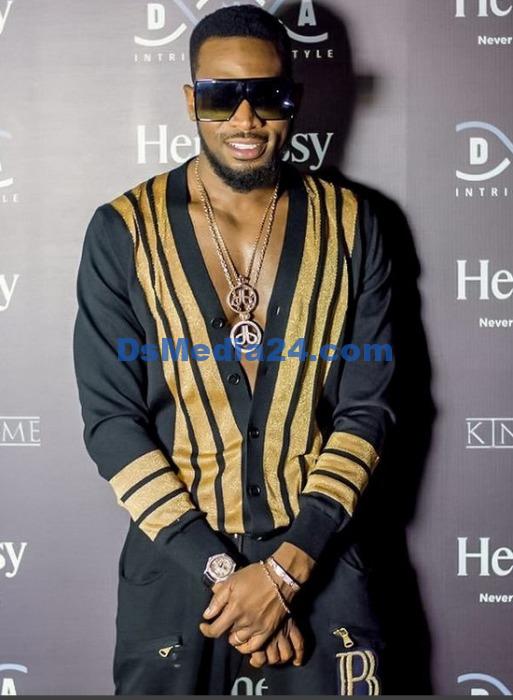 Oladapo Oyebanjo, better known by his stage as D’banj, was arrested and has since been defended by his attorney against the Independent Corrupt Practices and Other Related Offences Commission (ICPC).

Recall that on Wednesday morning, word came that the ICPC had detained and arrested D’banj on suspicion of diverting funds for the N-Power Programme.

The panel claimed that the Oliver Twist singer had been “ignored and not honored” on numerous occasions to appear before a group of investigators.

In a statement on Wednesday, D’banj’s assistant team head for litigation at Law Corridor, Maryam Musa, stated that it is company policy for D’banj and his management to refrain from business transactions “unless they are genuine, well recorded, and achievable in law.”

However, the attorney stated that the ICPC was still looking into claims of money being diverted from N-Power.

Dbanj sent letters through his solicitors to the commission informing them of his itinerary in South Africa and promising to see the Commission when he returned, Musa said, even though he had been formally invited by the ICPC to participate in the investigation a month earlier.

“On Monday, December 5, 2022, D’banj went to the Commission at around 2 p.m. as soon as he arrived in Abuja, freely and in accordance with the law. The Commission’s officers urged him to come back the next day because the interview was too late for that particular Monday.

The next day, Tuesday, December 6, 2022, as had been previously planned, “D’banj returned to the Commission and freely presented himself to the Commission to make their inquiry and investigation,” the attorney claimed.

D’banj, according to Musa, urges the Commission to conduct its inquiry properly to make sure that anybody attempting to implicate him in such “ridiculous” acts are prosecuted.

It is incomprehensible that D’banj, whose career itself serves as an example of tenacity, dedication, and integrity, would risk the reputation he has worked so hard to build over the years by engaging in such charges, which he must now stoically endure while clearing his name.

The public is encouraged not to fall prey to media hyperbole, which is predictable but nonetheless detrimental to the route for the truth that D’banj has willingly set himself on by obeying the ICPC’s summons, the attorney stated.