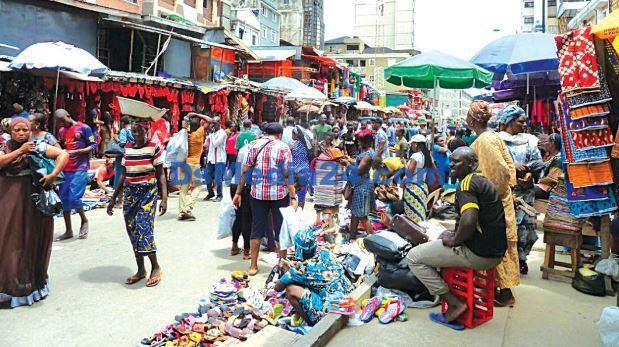 The Christmas season is meant to be a time for celebration, gift-giving, travel, and visiting loved ones and beautiful locations.

However, Nigerians may find it exceedingly challenging to participate in any of these activities this holiday season due to their regrettable inability to pay the steadily rising costs of goods and services, which may make their celebration a miserable one.

There is a connection between the growing cost of goods and services and the high exchange rate brought on by the weak economy. Additionally, the recent flooding had destroyed a great deal of farmland and agricultural products across the nation, making it nearly impossible for many to harvest their harvests.

Numerous highways were also damaged by the flood, which made it difficult to deliver food and fruit. Eventually, the majority of these items deteriorate. They therefore raise the price of their food items to make up for what they have lost as a result of the flood.

The recent increase in fuel prices and the ongoing fuel shortage have also caused an increase in intrastate and interstate transportation costs, which has further added to the high cost of food prices.

The cost of a bag of rice, frozen foods, palm and vegetable oils, clothing, and many other items increased by between 100 and 200 percent, according to the research. The cheapest local rice in Lagos’ open market is N40,000 for a 50kg bag, while the cost of foreign rice was N50,000. Additionally, a huge chicken, which is typically eaten with poultry, is now N12,000 in price.

“That is the type of illegal behavior that is prevalent in Nigeria right now. Petrol and gas pumps have been changed, frozen food scales have been modified, products have had their paint changed, and clothing dimensions have been changed to 34 cm from 36 cm. Is the government helping?

Monday According to John, a livestock farmer, the price of chicken varies based on its size, from N7500 to N13,000. He claimed that, according to the size, the price of the chicken last year ranged between N6,500 and N8000. The primary issue, according to him, is feed because the cost of the good has increased.

At Katangowa Market, a vendor said:

“Look around; people aren’t even buying live chicken; they’re simply buying ponmo, fish, and biscuit bones, which of course many couldn’t even afford. Many were unable to purchase even “secondhand” clothing. That is Nigeria’s current situation. We are in pain, and the government must take action right away or… This year’s extravagant Christmas celebrations could only have been paid for by those who stole our money.

READ ALSO:  Christmas is celebrated by locals in Kaduna with the exchanging of food and gifts

One of the women in Maitama Market commented,

“How much money will the wage earners receive? Can they buy anything with the money they are now accumulating this Christmas? This Christmas is really severe, as you can see. You are unable to purchase anything because of the excessive prices, no matter how much you bring to the market. The wages of workers remain unchanged despite the economy’s high rate of inflation.

“One dollar now equals N1,000. Banditry, kidnapping, terrorism, and murder occur frequently. Food costs have increased by 8x since 2015. Cost of fuel is N300. The level of corruption in Nigeria is at its highest ever. Electricity is scarce to nonexistent, according to Cheryl King.

“Since everything is so expensive right now, this is the worst Christmas I have ever experienced. I’ve sold rice throughout the years, but never at this year’s price.

The wife of a Pstor, Mrs. Momodu, stated:

“We typically purchase sacks of rice, vegetable oil, and other items around Christmas to give to family, church members, and friends. Due to the extremely high pricing this year, that is actually not feasible.

Because of low income growth and excessive inflation, we can no longer purchase the things we could last year or two ago.

Shopping in Mile 12 Market, Omosola Saheed observed, “Foods are highly pricey in the market and purchasing power is very low. Money is nonexistent.

“When you travel abroad, you notice sales at every turn, including at supermarkets around Christmas. At least excellent food is affordable for the poor. However, in Nigeria? The price of food has increased to the point where the poor cannot afford anything. Why are merchants raising their pricing around Christmas? Suleiman, Sally

Joy Nwaalia, a yam vendor, claimed that 2022 was her worst Christmas. Nwaalia bemoaned that she wouldn’t be able to see her family for the holiday season in the hamlet this year.

“Those of us with large families and dependents are most impacted by the high expense of living. For instance, how do we pay for a family of six’s expenses, such as the cost of Christmas clothing and the high rocketing cost of getting to the village?

READ ALSO:  Cash Withdrawal Policy: The CBN has raised the weekly withdrawal limit to N500,000 for individuals and N5 million for corporate bodies

“This is the reason we must decide to return to Lagos, although it was a difficult choice to make. How many individuals have you seen come here to price yam since you’ve been with me in this market? Tell me whether this is the Mile 12 that people used to discuss after taking a close look at the full market.

There is no money in town, and things are terribly tough. Many of the people transporting food from the Northern region of the country to this market have either been abducted or slain. The fear and caution of those who are still living has an impact on everything we sell in this market. This market should be bustling by now with happy buyers and sellers, she said.

“In Nigeria, where poverty increases daily, this should be shocking… What can we anticipate with a minimum wage of 33k and a bag of rice costing 39k and 15k?

The owner of a rice and bean stand, Madam Comfort, claimed that the poor sales volume had discouraged business owners. Let me be honest with you, she added, “People are not really flocking to the stores to buy food like they did in prior years. And I won’t hold it against them because there isn’t any money to be had, so what will they spend it for? The few people who do go out and buy food are only buying a little. People have to eat, which is why we are currently getting more clients.

“Everything now costs more money on the market. I am unable to purchase everything I had intended. In fact, I’ll spend twice as much on Christmas this year as I did last year to receive less.

According to Madam Bridget, a supplier of frozen goods, the exorbitant cost of the frozen chicken and turkey prevents people from purchasing them. “Na person who gets money dey buy lots of items for Christmas,” she stated. Many people are having difficulties, and as you know, we are quite concerned and afraid of what can possibly occur in January. What if things get more costly?

“There isn’t any money in use. People are thus unable to spend as much as they once could. Two days ago, I purchased a pack of turkey for N13,000. Today, the same pack costs N19,500. Consider the cost today, and how many days from now, and consider how this might impact sales,” she continued.

Agbo, a shopkeeper in Kubwa, said

“Things are not going well in Nigeria; now that I am old enough to understand a little about government, I can say that this current government is the worst ever.

“I am a fabricator, and due to a poor power supply, I frequently use diesel to run my generator. We used to receive a litre of diesel for N200, and we even grumbled then. Now, though, a litre costs N1000; just consider the price difference.

“Nobody can prosper with the frustration that the government is giving the people. My brother, there is a problem in this nation; people are starving to death, let alone celebrating Christmas.

“The group that puzzles me the most is the one that typically buys one bag of rice instead of two bags; yet, this year, many of them go as low as 10kg. They are unable to purchase anything more than 25 kilograms, or half a bag. People are simply taking it in piecemeal this year; some typically get cartons of vegetable oil. There is absolutely no rush. They led to the purchase of six.

“I exclusively sell Nigerian rice; I don’t sell any rice from other countries, not even Golden Terra vegetable oil. It is made in Sagamu right here. I have advocated for made-in-Nigeria goods because that is the only way our economy can expand. However, this year’s experience has been different because there is no money, people are complaining, and some even warn that school costs are coming up.

Nigerians are already concerned about how much worse things would be in 2023, unless there is a complete turnaround in the country’s policies and economic situation. One can only hope that the new administration would take the bull by the horns and address all the problems plaguing the country in order to put an end to the suffering of the people, especially with the election scheduled for February 2023 that will usher in a new government.