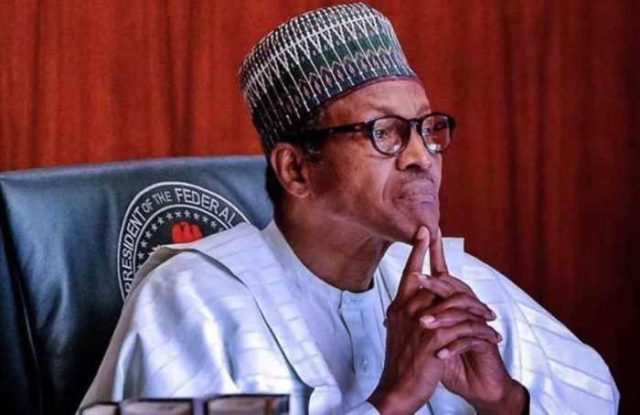 President Muhammadu Buhari, the most powerful man in Nigeria, has revealed some of the disasters he has experienced.
He acknowledged losing two of his kids to sickle cell.

At a special dinner held by his family and close friends to celebrate his 80th birthday on Friday night at the State House Banquet Hall, Buhari made this clear in a video that was shown.

Speaking about his personal life, the President disclosed that two of the kids he had with his late wife Safinatu died of sickle cell anemia.

This explains why, when he married Aisha Buhari, the first lady, he stipulated that his second wife must have the AA genotype in order to prevent his children from inheriting the S from his AS genotype.

Some Nigerians who believed Buhari to be long deceased and replaced by a body double dubbed “Jibril of Sudan” also claimed that he was “not a humorous joke.”

The President claimed that the untrue rumor was the product of some troublemakers who enjoy creating confusion.

When asked about the rumor in the documentary interview, Buhari said, “Yes! People have claimed that I am from Sudan. I didn’t give the name any thought. Nigerians like to explain themselves in sneaky ways.

When asked if he thinks these allusions amusing, he responded, “No. Because the people who made those statements were only trying to be cheeky, it is not funny. They seek to deflect focus away from the crucial matter. The infrastructure must be built, and people must be made aware that they must work hard to live well. Without winning the respect of their community or anything else, they simply want to enjoy life.

READ ALSO:  Wike says he will help Obi with logistics for his campaign in Rivers

Vice President Yemi Osinbajo characterized Buhari as a straightforward, kind, and excellent leader earlier when he proposed a toast for the celebrant.

“I invite your excellences, ladies and gentlemen, to join me in proposing this toast to an exemplary leader, a forthright and honest man, a good and kind man, and a man who has led this country with great courage, determination, and commitment for so many years,” Osinbajo said in a speech praising Buhari for his “great courage and commitment” in leading the country.

We pray that the Almighty God preserves his life for a very long time to come and that he spends the entirety of that time in good health, peace, joy, and the love of all of our countrymen.

Atiku Bagudu, the governor of Kebbi, Aminu Masari, the governor of Katsina, Kayode Fayemi, the former governor of Ekiti state, Boss Mustapha, Prof. Ibrahim Gambari, the president’s chief of staff, and other business leaders, including Nduka Obaigbena, the chairman of AriseTV and the Thisday Group, were present.