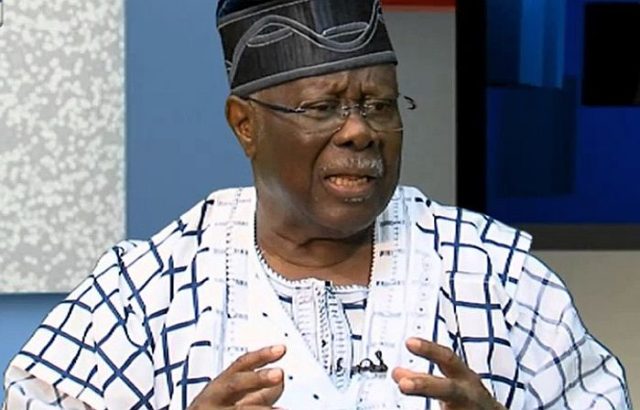 Atiku Abubakar, the People’s Democratic Party’s (PDP) presidential candidate, can reach Aso Villa through maneuvering, according to Olabode George, a member of the Integrity Group, a group of five governors (the “G5 Governors”) led by Governor Nyesom Wike, but he must maintain himself with good character.

This was said by George, a former PDP deputy national chairman, in an exclusive interview with Vanguard.

When you have a house built, be sure you don’t mess with the foundation, he said. While scheming can get you to the Villa, character is what keeps you there. I won’t vote for Atiku if Nigerians choose to do so for this reason. It would be his moral character that would keep him in office.

“He is my friend, but someday the greater being will question you if you are not brave enough to warn your friend that what he is doing is wrong. Because of that tenet, I won’t support Atiku. If we accept the injustice, we are returning to the dark ages when tribalism might lead justice, fairness, and equity to be abandoned.

“Yes, Atiku may triumph. He’s a manipulator. I’m prepared for any debate based on the truth if they call me. Our constitution is clear to us. You want to start fiddling with the taproot right now. The super foundation is something you are striving to reimagine and reconstruct.

“Let it be; it cannot endure. We need to be moral beings. We must have the guts to confront authority with the truth. For those of us who are present, Wike is being yelled by everyone. He is an inspiring young man. He has demonstrated the ability to make a positive difference. I observed what he had accomplished with his 13 percent derivation share.

“Now that he lost the election, everyone realizes he wasn’t simply whining. That is gone. Let’s stabilize Nigeria by acting in a fair, just, and moral manner. We’re swaying. Between tribes A and B, there is now a great deal of mistrust. I’m not stating if we will succeed or fail, but let’s act morally. Let’s speak truth to authority, he remarked.

George added that the G5 is not concerned that their attitude may result in a disastrous outing in February of the following year.

As the 2023 presidential election draws near, the G-5 governors and party elders have been calling for the resignation of PDP National Chairman Iyorchia Ayu. They have been certain that they may not back down from their demand.