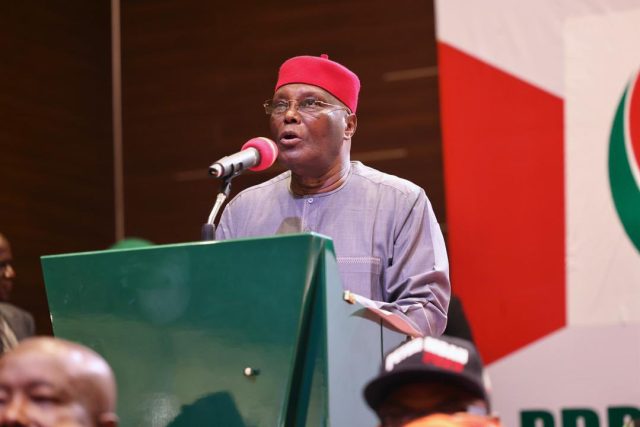 Despite threats from five PDP Governors to oppose him, the Peoples Democratic Party’s (PDP) presidential candidate Atiku Abubakar and his whole campaign have voiced optimism about their chances in the 2023 elections.

The Atiku-Okowa Campaign Group’s spokesperson, Mr. Kola Ologbodiyan, told reporters in Abuja on Tuesday that the campaign organization is certain that Atiku will win by a wide margin on election day.

He remarked as the G-5 Governors, lead by Governor Nyesom Wike, went to London to finalize their support strategy for an unnamed presidential contender.

Messages from the G-5 camp indicate that members are undecided over whether to support Mr. Peter Obi of the Labour Party or Asiwaju Ahmed Tinubu of the All Progressives Congress.

According to a typically trustworthy source inside the G-5 Governors camp who spoke to Vanguard in confidence, “The governors are considering supporting either of the two.

“One of the Governors is arguing in favor of Obi, but others counter that he doesn’t have the backing to win over the 36 states and Abuja.

“Those in this camp claim that if he wins, everything will be back to normal since he won’t have a majority in the National Assembly and won’t be able to pass the laws needed to implement the reforms he has been advocating.

On the other hand, those advocating for Asiwaju believe that their party has the necessary spread because it is the current government.

They also make reference to the fact that the candidate has focused on using achievements in Lagos as examples of what he promises to do once he is elected, which would make him popular with Nigerians. The candidate thus far appears to acknowledge the disaster the APC represents at the Center.

The source continued, “Negotiations are still a big part of politics. They all share the same ambition to make sure Southern Nigeria produces the next President.

The Atiku-Okowa campaign is sure, though, that no conspiracy will be powerful enough to defeat their candidate.

According to the campaign, Atiku would win the presidential election on February 25, 2023, with the overwhelming support of Nigerians nationwide, which “will stun Pollsters.”

“Atiku enjoys the solidarity and support of a wider majority of Nigerians who are not captured in the indices relied upon by many pollsters in their estimations for the 2023 Presidential election,” Ologbondiyan stated.

“It is beyond doubt that Atiku would win the majority of legally cast ballots nationwide and secure the 25% of votes necessary to win the presidency under the Constitution in more than 24 States of the federation.

It is obvious that the large traditional PDP voters in the voting units, wards, local governments, states, and six geopolitical zones are unwavering in their resolve to save Nigeria from the misrule of the All Progressives Congress (APC) by casting a large number of Atiku’s votes.

He continued by saying that this army of steadfast voters is steadfast in encouraging independent and undecided voters across the nation to support the PDP presidential candidate.