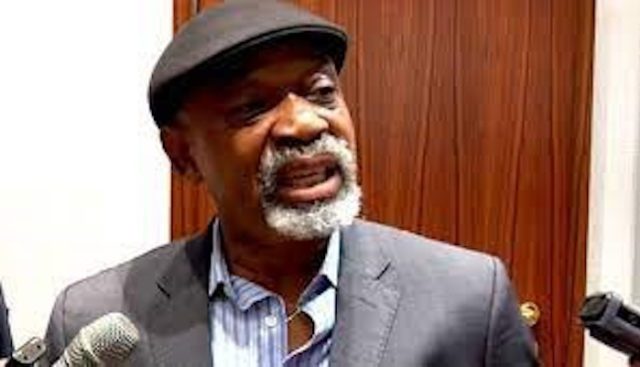 Members of the Academic Staff Union of Universities (ASUU) may lose eight months of their pension as a result of the strike, according to the Federal Government.

Following a private meeting at the presidential palace with President Muhammadu Buhari, the minister of labor and employment, Chris Ngige, delivered this statement in Abuja.

Ngige, who referred to 2022 as a year of strikes, stated that because of the “no work, no pay” policy put in place while their strike was in effect, members of ASUU invited the fate that would befall them.

Recall that the apex university union terminated its eight-month strike but did not receive its full month’s salary as a result, leading to an argument between ASUU and the federal government.

“ASUU has stopped commenting on their salary because the National Industrial Court was asked to rule on one of the issues, which is whether paying a worker who is on strike would be in violation of Section 43 of the Trade Dispute Act, which states that going on strike has the following repercussions.

First of all, if you choose not to work to help your employer keep the business or industry afloat, you will not be paid or otherwise reimbursed. You shouldn’t receive the cash, and no one should compensate you. There it is in Section 43. (1). The second prong of Section 43 states that the time you spent on a strike will not be included in your service-related pensionable period.

Government hasn’t interfered with that component, but the strike set off the no-work, no-pay clause. So, we are requesting that the court look into it. As a result, neither the executive branch, which includes us, nor the judicial branch can do anything about the situation. ASUU has also presented a defense in court, telling the judge that although they went on strike, they did so for a reason. Therefore, it is now up to the court to consider it.

Ngige explained his purpose for visiting the presidential villa: to inform the President about the labor market for 2022.

The Academic Staff Union of the Universities (ASUU) strike in February was followed by pressure from other unions, including the Medical Doctors Association and the youth wing of the National Association of Resident Doctors. Other sister unions in the university system and even employees of research institutes joined the strike.

The Joint Health Sector Union, or JOHESU, demanded pay increases from all of its members. This was understandable given the effects of inflation on the economy and the rising cost of living for those required to work in the public sector.

“In the private sector, companies may have handled their business better because they had better control over their finances and administration, which allowed them to more easily engage in collective bargaining with their employees. Everything is peaceful, including the banking industry, the food and beverage industry, finance, and insurance. Because of the government’s finances, we didn’t have the required tranquillity on their side, Ngige told State House reporters.