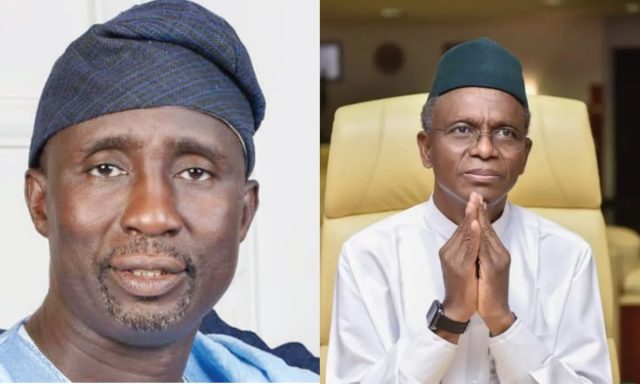 Jonathan Asake, the Labour Party’s candidate for governor in Kaduna State’s elections next year, has tasked Governor Nasir El-Rufai to display outstanding leadership in his role as the state’s chief security officer by putting an end to the recent attacks and killings in communities in Southern Kaduna.

“The killings last week of eight innocent, helpless people in the villages of Mallagum and Kpak in Kagoro communities of Kaura local government and Kamuru-Ikulu in Zangon Kataf local government within two days was provocative, highly insensitive, and condemnable, especially during this festive season,” Asake lamented.

Asake expressed regret over the All Progressives Congress, APC, government in the state’s inability to protect the lives and property of its residents in a speech over the weekend, claiming that the ongoing killings and destruction of valuables was uncalled for at a time when everyone should unite for peaceful coexistence and sustainable development.

He emphasized that in order to act as a deterrence to others and maintain the state’s sanity, the government must have the will to make judgments to catch and prosecute criminals and their sponsors, regardless of who they are in society.

Farmers must be let to reap their harvest, according to Asake, and residents of southern Kaduna must be able to celebrate Christmas in a calm environment free from intimidation, harassment, or uncertainty.

According to a news release from Asake’s media assistant, James Swam, the governorship candidate urged the populace to maintain calm, refrain from acting negatively, and let the government handle its business.

Asake, who was joined by his running companion, Rt. Hon. Bashir Aliyu, prayed for the eternal rest of the souls of those who had died. He also asked the families to leave all to God, who is the ultimate judge, and promised that their faith in Him would not be in vain.