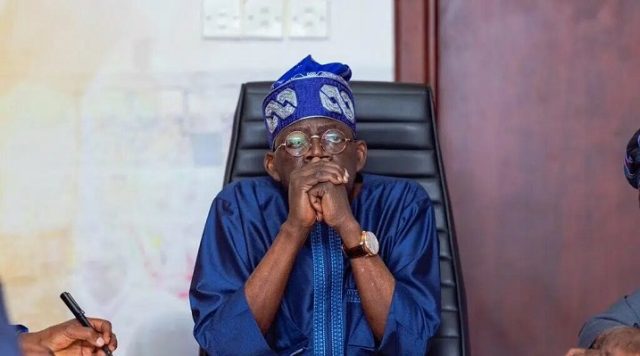 The All Progressives Congress (APC) appears to be courting a fresh crisis in light of complaints of injustice and marginalization raised by five deputy national officers.

The unhappy officials, according to information gathered by Daily Sun, are angry that they have been excluded from the National Working Committee (NWC) ever since the current leadership was selected and put in place.

A member of the NWC, however, dismissed their claim of injustice as unfounded and claimed that their exclusion was a constitutional issue. He did this by pointing out that the deputies in the NWC were the results of a motion made and supported during the party’s most recent elective convention in Abuja.

While asking the unhappy authorities to follow constitutional way to perfect their inclusion, the national officer said: “This issue has been on the front burner since our inauguration.

They have complained to Abdullahi Adamu, the national chairman, and other parties, but they have been urged to use the constitutional option to end their exclusion. Where were they when they moved the resolution at the national convention grounds to include themselves in the amendment, if they are so passionate about it?

The member of the national leadership argued that 25 people now make up the leadership, citing Section 12.4 of the certified accurate copy of the party constitution that laid out the NWC’s membership.

The disgruntled deputies further claimed that they were ignored while the national officers, including the deputies, received housing allowances of N50 million each.

They note that, during the most recent dispute for control of the party’s Presidential Campaign Council, the NWC only included their members in the PCC and excluded the other five national deputies, alleging that all NWC members save them received brand-new Lexus 570 jeeps or equivalent vehicles.

However, denying the allegations of bazaar honoraria, a NWC member insisted that there was no reality to them and insisted that individuals who received car gifts received them from their state governors or zones.

“I belong to the NWC, but I haven’t bought a new car. If I were the deputies who felt wronged, I would reveal all the deceptive practices carried out by the government. But, like I said, they should examine constitutional possibility,” he remarked.

Despite the justifications for the selection of party officials for electioneering, a source sympathetic to the five individuals who were excluded stated that party chieftains should be aware that certain toes are not stepped on in order to ensure and maintain the party’s campaign’s smooth operation, cautioning that “everyone has their relevance and should be carried along.”