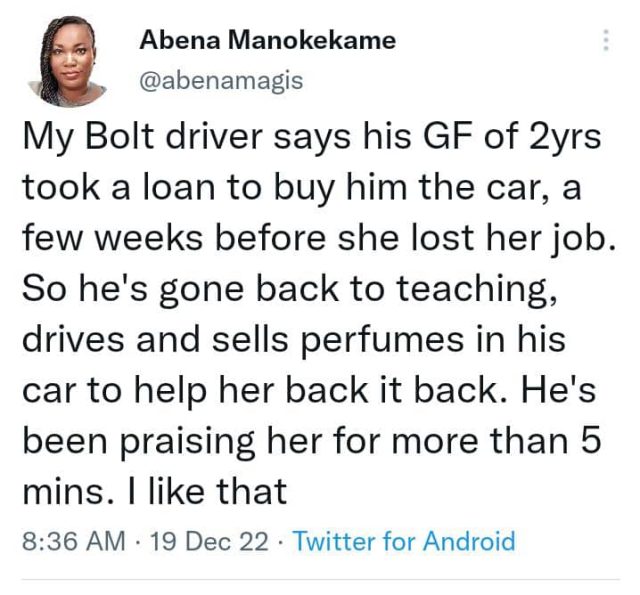 After she took out a loan to buy him a car, a bolt driver is very thankful to his girlfriend. The nice thing his girlfriend did makes the driver so happy that he can’t stop praising her.

In a story that was posted on Twitter by a person named Abena, a woman said that her bolt driver told her about how his girlfriend of two years got a loan and used the money to buy him a car that he uses for work.

The girlfriend lost her job a few weeks after getting the loan and buying the car for her boyfriend. So, to help his girlfriend pay back the loan, the boyfriend got a teaching job and started selling perfumes.

“My Bolt driver says his girlfriend of two years took out a loan to buy him the car a few weeks before she lost her job,” he said. So, he went back to teaching and now drives and sells perfumes in his car to help her get it back. He’s been complimenting her for over 5 minutes. I like that”. 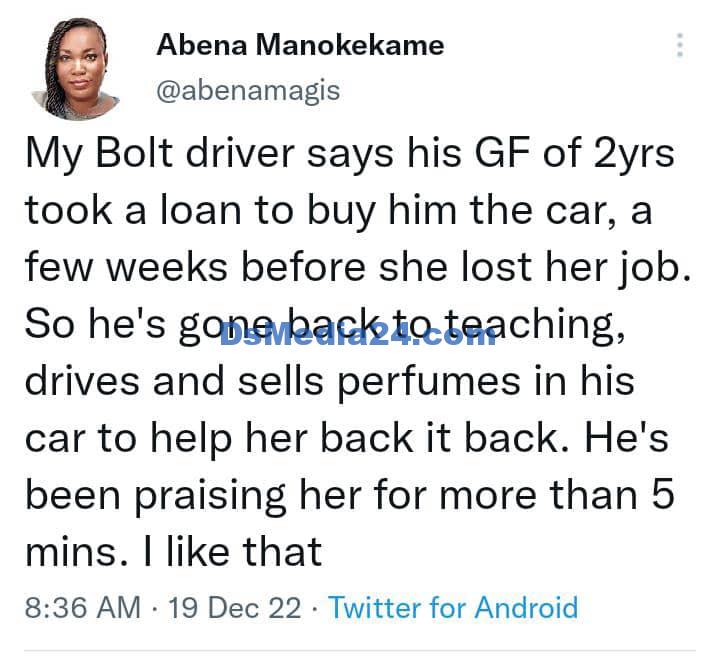