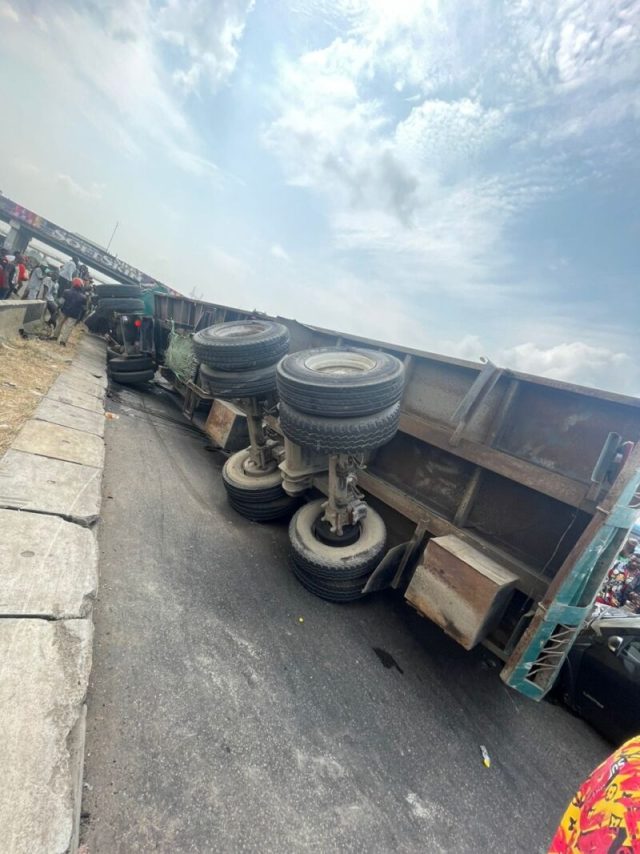 At the Cele Ijesha bus stop on the Oshodi Apapa expressway in Lagos, tragedy struck when a 40-foot container fell on three cars, killing numerous commuters.

The Punch reported that while the other two commercial buses managed to flee, the driver of one of the well-known yellow buses was immediately pronounced dead.

According to reports, about five of the passengers aboard the bus that the container landed on were taken to the hospital where they were later pronounced dead.

While reporting the incident on Thursday afternoon, the Lagos State Traffic Management Authority stated that it occurred on the main lane of the PM petrol station inside Cele express.

“A 40-foot container on a commercial bus was upside down.

The organization posted on its official Facebook page that “Police officers from Ilasa division are on the ground doing the necessary and also work is underway for recovery.”

The number of incident casualties, however, was not made public by the authorities.

View the images below: 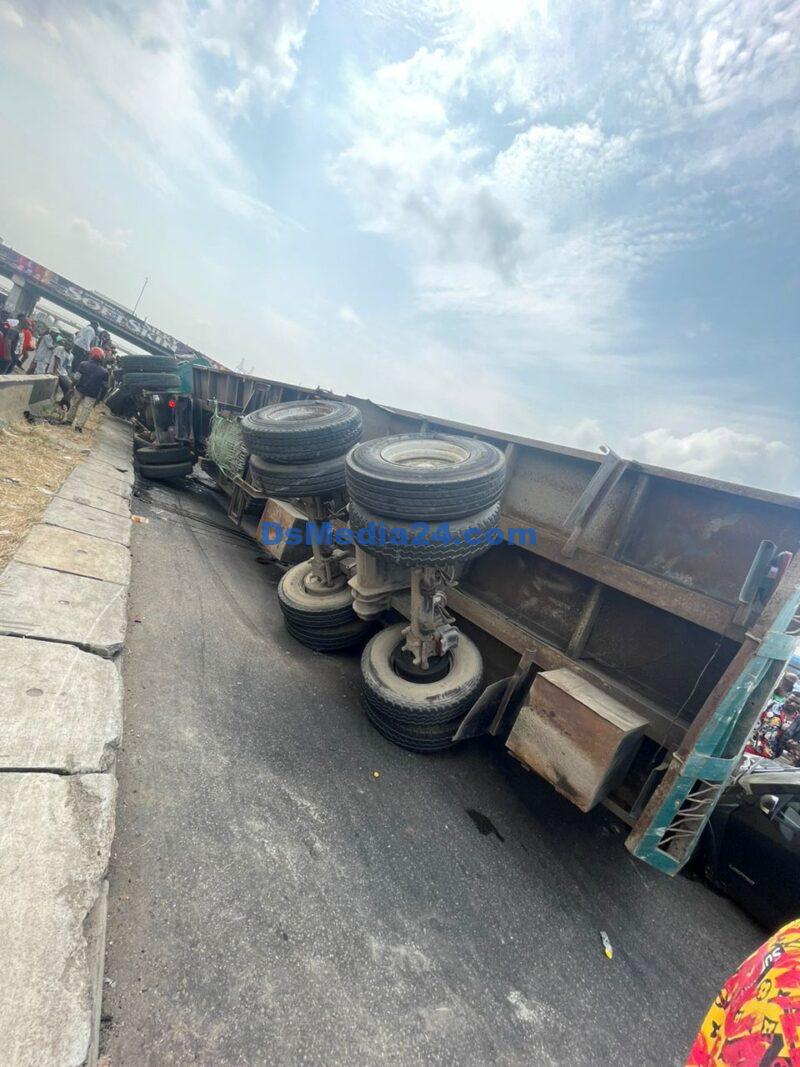 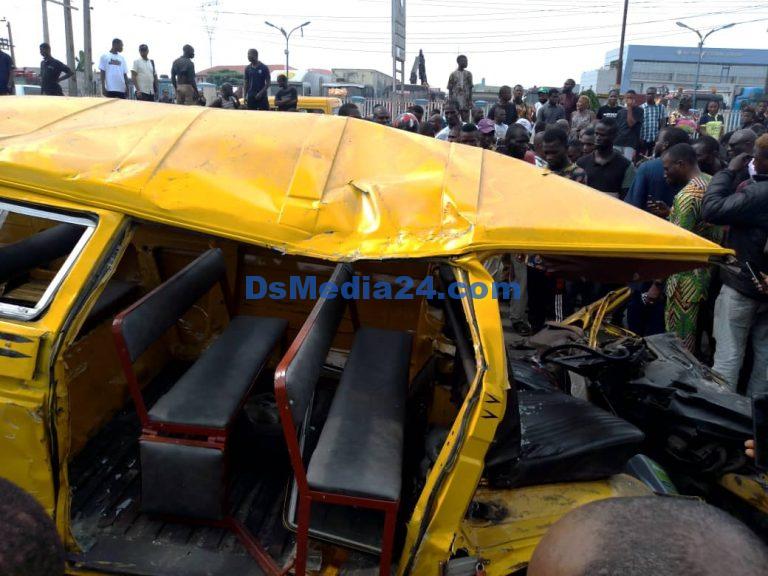 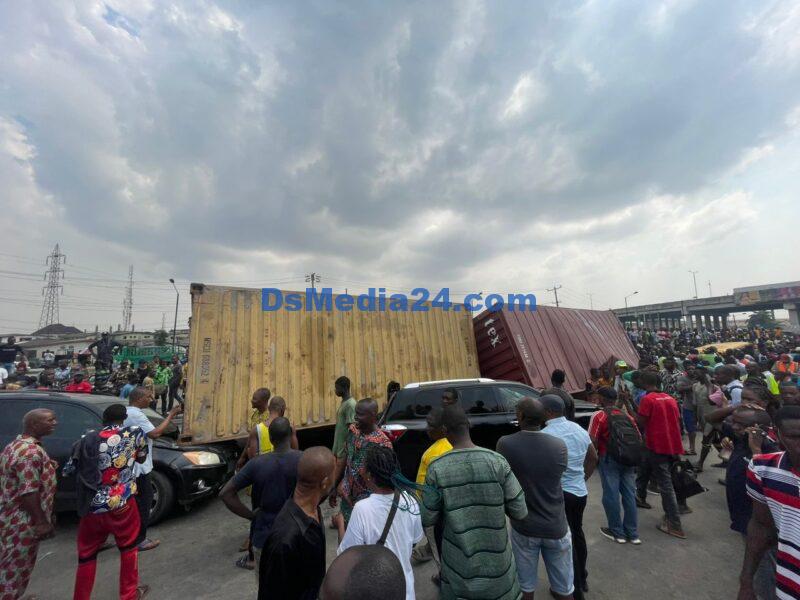