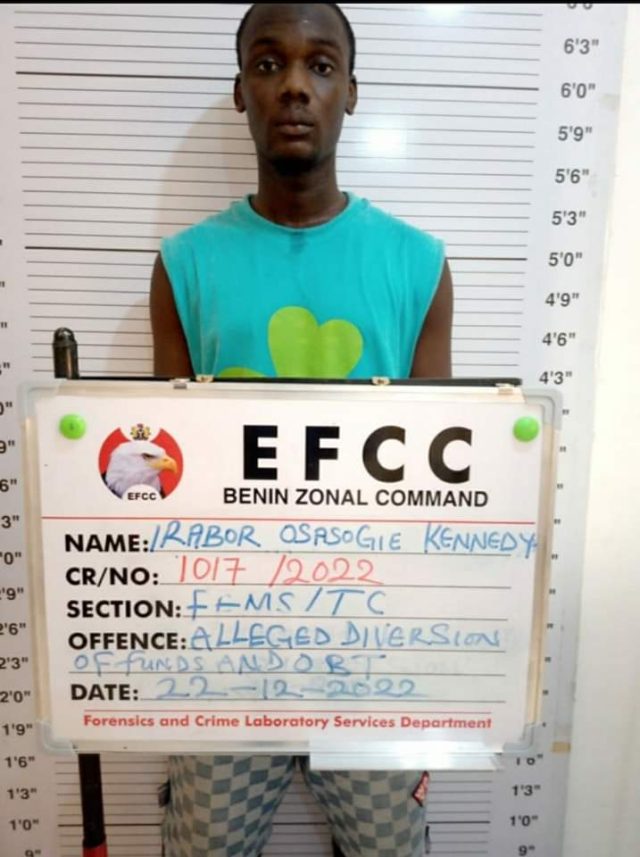 The German citizen Antje filed a petition alleging that the suspect cheated her of €17,000 and the Commission just detained the 21-year-old.

The petitioner alleged that after being duped out of $68,000 by a man named Michael Patrick, she contacted Osasogie over social media. She claimed Osasogie pledged to help her get the money back but instead robbed her of $17,000.

The suspect claimed he had only received €12,850 from the petitioner when he was apprehended.

Once the inquiry is over, the suspect will be charged in court.