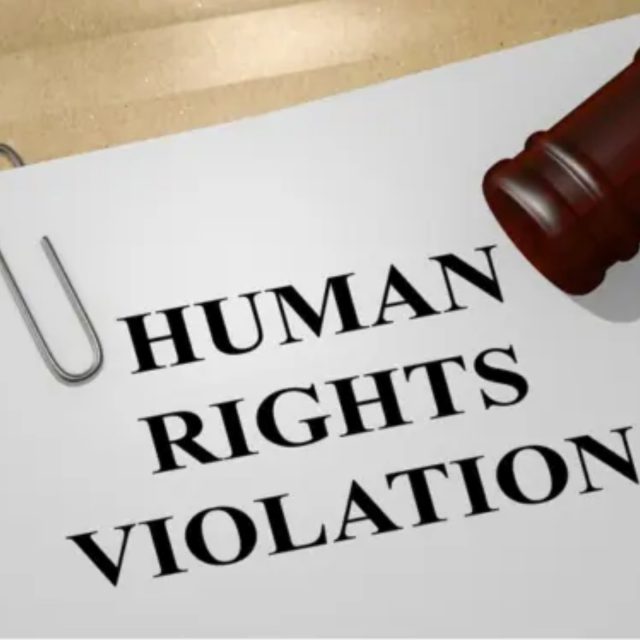 Rev. John Joseph Hayab, the country director for the Global Peace Foundation Nigeria (GPFN), has noted that violations of human rights in the nation have resulted in hundreds of individuals being injured, killed, or forced to flee their homes because of the violations.

On Saturday at the International Day of Human Rights 2022, Rev. Hayab noted that violations of human rights have had a terrible impact on the development of the nation through Abdul Ahmed, the program manager of the organization in Kaduna.

Rev. Hayab claims that instances involving human rights have made the world full of evil, suffering, confusion, and bloodshed that not only harms mankind as a whole but also polarizes communities along ethno-religious lines.

“It is terrible and pitiful that violence is becoming the norm in our cultures today,” he continued. Nigerians’ lives and property are no longer guaranteed to be secure.

He pointed out that violations of human rights have had a terrible influence on the ongoing wars in northern Nigeria and have wrecked the nation’s socioeconomic situation, leaving behind such extensive damage that it might take years to repair.

He said, “In the North East, we have witnessed the ugliness of the damage brought about by Boko Haram insurgents where enormous loss of lives and properties have been recorded. Similarly, banditry, kidnapping for ransom, farmers-herders conflicts, and ethno-religious feuds thrived in the North West and North Central. As a result of them, countless examples of human rights abuses and violations have been documented, leaving thousands of people maimed, dead, and displaced. Furthermore, those with disabilities, women, and children are regrettably the most impacted by poverty, insecurity, and government neglect, which has left the region looking nearly like a battle zone.

READ ALSO:  Davido's nanny and cook could be charged with negligence for the death of Davido

He outlined the heightened danger of harm, death, sexual assault, and molestation, among other acts of aggression and threats that can cause physical, mental, and emotional harm, for people with disabilities living in conflict-ridden environments.

The country director bemoaned the inaccessibility of warnings, evacuation routes, and emergency information, which denies people with disabilities their right to flee violence.

Because women and girls who have impairments are more likely to experience sexual and gender-based violence, Rev. Hayab said that occasionally persons with disabilities are purposefully targeted or used as human shields.