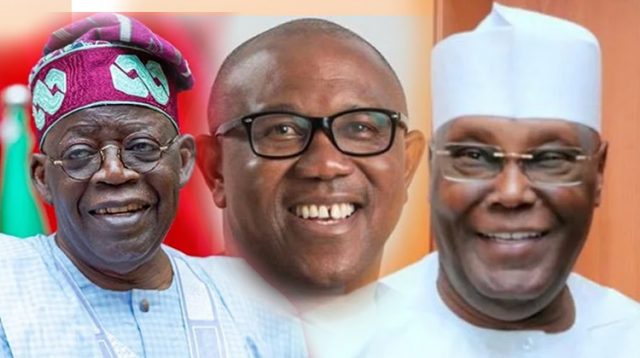 Bola Tinubu, the presidential candidate for the All Progressives Congress (APC), has criticized Atiku Abubakar and Peter Obi’s Peoples Democratic Party (PDP) and Labour Party (LP) camps for criticizing his decision not to attend the Ariste TV town hall meeting in Abuja.

Tinubu says that Atiku’s camp can’t force him to show up or send delegates to public debates.

He criticized Atiku’s team for not asking him why he didn’t show up to national debates.

Remember that a spokesman for the Atiku/Okowa presidential campaign said Tinubu didn’t want to go to national debates because he was afraid of being found out.

But the APC candidate for president said he would not be “forced” to take part in media debates.

Tinubu said this in a statement released on Monday by Bayo Onanuga, who is in charge of his media and public relations.

In a statement, Onanuga said, in part, “The Atiku/Okowa campaign spokesperson’s point of view was the more ridiculous of the two.” Atiku Abubakar, who is running for president on the PDP ticket, also didn’t come to the Arise News Town Hall Meeting.

“PDP’s spokesperson is busy chasing shadows instead of telling Nigerians why their presidential candidate hasn’t come back from a pointless trip to the US, where he and 15 other adults who travel a lot were given the cold shoulder by top US officials.

“We want to say again for the attention of both PDP and LP that Asiwaju Tinubu will not be forced into media appearances and debates,” they said.