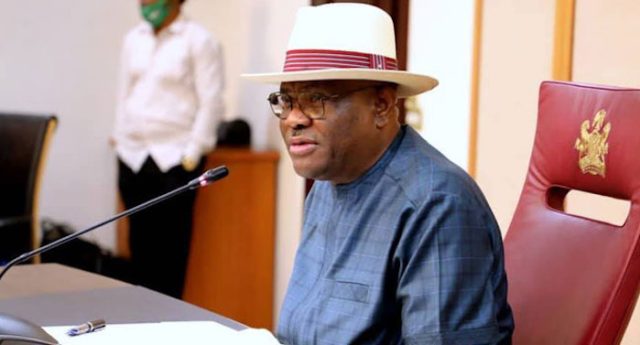 Rotimi Amaechi, the former minister of transportation, has come under fire from Rivers State Governor Nyesom Wike for the state’s subpar project delivery.

Wike claims to have created the public road leading to Amaechi’s house.

He said so while criticizing Amaechi of neglecting to develop bridges and roads while he was the state governor.

On Saturday, Wike spoke during the opening of the Rukpakwolusi-Eliogbolo community’s new layout road in the state’s Obio-Akpor Local Government Area.

“I went to your local government to have all the internal roads that you rejected completed. I built the road and gave you a school in your neighborhood. I even built the house where you live.

Amaechi reportedly said on Wednesday that he completed five flyovers and several projects in Rivers “without noise.”

Amaechi has no moral standing to discuss Rivers, according to Wike, who has built roughly 10 flyovers in the state. Wike also characterized Rivers as a failure.

“I heard (a) few days ago, the former governor of Rivers State said that he created a lot of roads and flyovers in Port Harcourt, he didn’t produce noise, so why the noise?” he asked. I missed the flyovers he observed. Mention the roads if he used them.

Let me even explain why we ought to celebrate. When he turned 50 on May 27, 2015, he predicted that our government wouldn’t have enough money to fund projects let alone salaries.

So, by the grace of God, we are not only paying salaries, pensioners, and gratuities that he did not pay, but we have also gone above and above to complete projects that he did not complete.

READ ALSO:  I'll Tell You Who I'm Running for President in 2023 in January. Join His Campaign – Wike

Wike further said that Amaechi plunder the state in order to prevent his successor’s administration from being able to pay its employees’ salaries, but God, in His great mercy, prevented that.

The governor of Rivers claimed that since he was given the Distinguished Award in Infrastructure Delivery by the APC administration of President Muhammadu Buhari, Amaechi is exempt from scoring on project completion because “Buhari stated I am the best when it comes to infrastructure.”