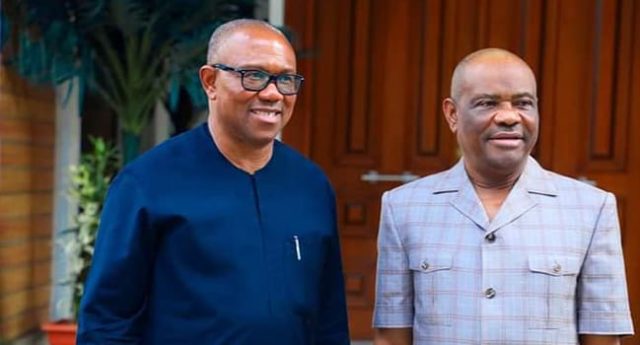 Governor Nyesom Wike said on Thursday that he would help Peter Obi’s presidential campaign in Rivers State with “logistics.”

Wike also said that Obi, who used to be the governor of Anambra State, has all the qualities needed to lead Nigeria.

The Rivers governor told the LP presidential candidate this at the opening of the Nkpolu-Oroworokwo Flyover in Port Harcourt, the state capital.

Wike told Obi, “If you want to run for office in the state, just let me know, and we will help you with all the logistics.”

Obi and Datti Baba-Ahmed, his running mate, were in the state capital to open the 9th flyover built by the current government.

Wike also said that he would stay in the party and get rid of the “armed robbers” even though he knew that Obi had been humiliated before he left the PDP for the Labour Party.

“I know how humiliating it was for you. No one will know what you went through, and you can stay at the party, but I won’t. I’m staying and fighting.

“I’m not going anywhere. Armed thieves will never be able to take over this house. I’ll stay and try to keep armed robbers away.

Wike told Obi, “So, thank God you left, because if you hadn’t, you wouldn’t have been able to save Nigeria, which was your goal.”