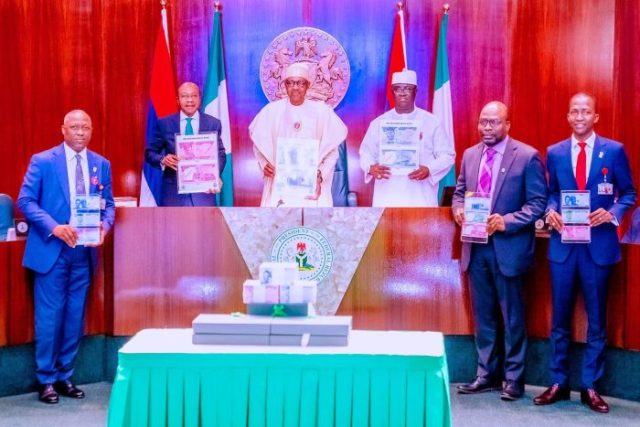 President Muhammadu Buhari provided justifications for his approval of the redesign of the 200, 500, and 1000-dollar bills on Wednesday.

Speaking at the unveiling of the new banknotes in Abuja, Buhari claimed that the Naira was overdue for a makeover and that he had granted the Central Bank of Nigeria (CBN) authority to revamp the 200, 500, and 1000 banknotes.

As said by Buhari,

“The security measures on the new Naira banknotes have been strengthened to make them more difficult to counterfeit.

“This suggests that the Naira needs a makeover long overdue.”

According to this authority, the Central Bank Governor (Godwin Emefiele) approached me earlier this year to ask for my consent to start a project to redesign the currency. I gave careful thought to all the information and arguments the Central Bank had provided.

“There was an urgent need to seize control of the currency in use and deal with the stockpiling of Naira banknotes outside of the banking system, the lack of clean, functional banknotes, and the rise in high-denomination Naira banknote counterfeiting. I approved the designs of the 200, 500, and 1000-yen banknotes on the basis of this.