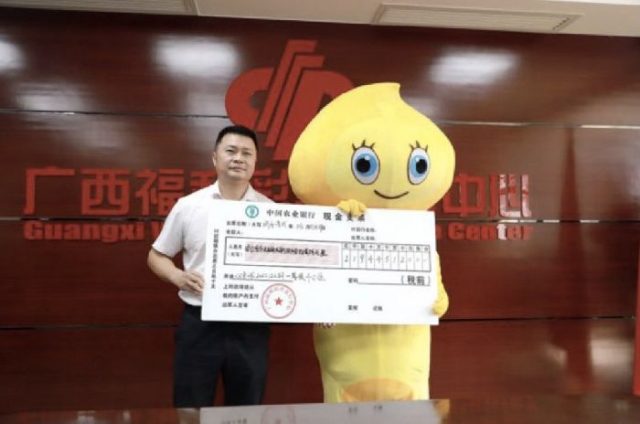 When he went to collect his $30 million lottery winnings, a Chinese man made sure to conceal his identity.

He disguised himself as a yellow bird cartoon character to attend the ceremony in Guangxi where the cash reward was awarded since he did not want his family to know he had won such a sizable sum. According to Daily Loud, when asked why he did it, the man claimed that it was particularly to keep his wife and child from becoming sluggish as a result of his newfound wealth.

The newspaper published a picture of the lottery winner dressed as a cartoon character accepting a sizable $30 million check. “A man won a $30 million lottery win. To conceal his identity, he wore a yellow costume when he went to collect the money.

He responded, “I wanted to keep my reward a secret from my wife and child because I was scared that the money may make them lethargic,” when asked why. Daily Loud published.

See the image below: 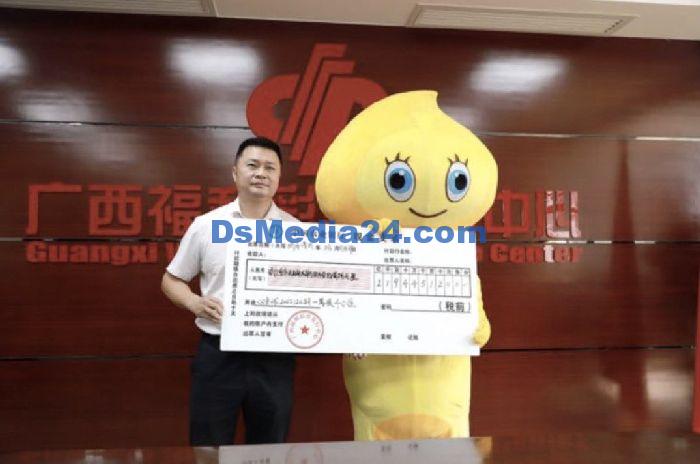