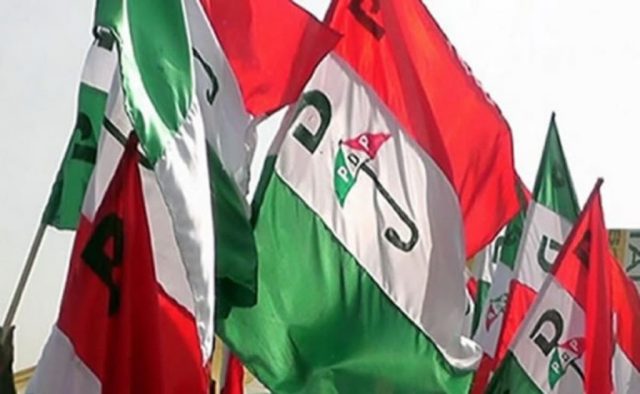 According to the Peoples Democratic Party, Bola Tinubu, the All Progressives Congress’s presidential candidate, should instead apologize to Nigerians for the suffering that has been inflicted upon them by his party since 2015.

In a press conference with media on Monday in Asaba, PDP presidential campaign spokesman Charles Aniagwu said that Tinubu should instead apologize sincerely for the fact that his party misled Nigerians for the previous seven and a half years.

He claimed that despite their pledge to help 100 million Nigerians out of poverty, the APC had forced over 133 million of them into extreme poverty.

He claims that the APC promised to lower the price of PMS at the pump to N65 but instead it is now retailing for N250, one of many promises they made to Nigerians in 2015.

He is coming around to make more false promises to Nigerians instead of going around and apologizing for his broken promises.

“If the Buhari administration, which he assisted in bringing into existence, was successful, why didn’t they keep all the commitments they made in 2015?

“Their administration has plunged more than 133 million Nigerians into greater poverty rather than lowering unemployment in the nation,” said the author.

He claimed that instead of making amends for their abject failure, they were simply going around deceiving people once more.