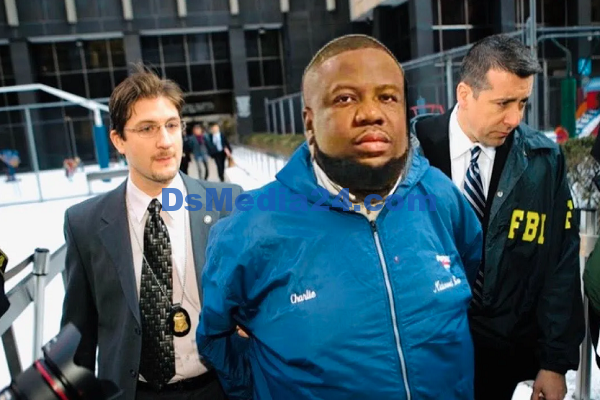 Ramon Abass Olorunwa, better known as Hushpuppi on Instagram, was finally sentenced to 11 years and 3 months in prison for fraud by the U.S. District Court for the Central District of California.

United States District Judge Otis D. Wright II gave the 40-year-old his sentence on Monday, November 7. He also told Abbas to pay $1,732,841 to two people who were scammed by him.

The judge said that Hushpuppi was part of a plan to launder tens of millions of dollars through online scams and that he used social media to show off his expensive, crime-funded lifestyle.

Ten months after he was arrested in Dubai, United Arab Emirates (UAE), in June 2020, he pleaded guilty to one count of conspiring to launder money in April 2021.

Since he was kicked out of the UAE, Hushpuppi has been in federal custody in the US.

The following is what the US court said in a statement:

United States Attorney Martin Estrada said, “Abbas bragged on social media about his lavish lifestyle, which was paid for by his involvement in international fraud and money laundering schemes that hurt people all over the world.”

“Money laundering and business email compromise scams are a huge international crime problem, and we will keep working with our law enforcement and international partners to find and prosecute those involved, no matter where they are.”

“Ramon Abbas, also known as “Hushpuppi,” stole money from people in the United States and around the world. He was one of the most successful money launderers in the world,” said Don Alway, who runs the FBI’s Los Angeles Field Office.

“Abbas used his social media platforms, where he gained a large number of followers, to get famous and brag about how rich he was. He did this by running business email compromise scams, online bank heists, and other types of cyber-enabled fraud that hurt a lot of people financially and helped the North Korean government.

“This important sentence is the result of years of work by law enforcement in multiple countries working together. It should send a clear message to international fraudsters that the FBI will seek justice for victims no matter where the criminals work, inside or outside the United States.”

Abbas wrote a letter to Judge Otis D. Wright in which he apologized for his crimes and said he would pay back his victims with his own money. He also said that the crime he was being tried for had only made him $300,000.