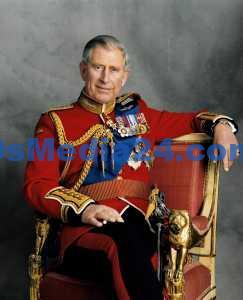 Friday, the United Kingdom told its people that terrorists are planning to attack the United States.

In a travel advisory, the UK said it was “very likely” that terrorists would try to attack in the US. Attacks could happen anywhere, including places where foreigners go, places with a lot of people, and transportation networks. You should keep an eye on what the news says and be on guard at all times.”

Just a week ago, the UK and the US also warned that terrorists could attack in Nigeria.

In an updated advisory on its website, the UK government said, “The main threat comes from people who may have been inspired by terrorist ideology to carry out so-called “lone actor” attacks on public events or places.” Attacks could happen without much or any warning.”

In response to this warning, the UK government said that the US might put security agents in public places to stop any attacks that might happen.

“The US Department of Homeland Security tells the public about real dangers. At public places and events, there will be more law enforcement and tighter security. This could mean that there will be a lot of police around, that bags will be searched more often, and that screening technologies will be used.

“There is a higher chance that groups or individuals inspired by the war in Iraq and Syria will try to attack UK interests or British people around the world. You should be careful right now,” it said.