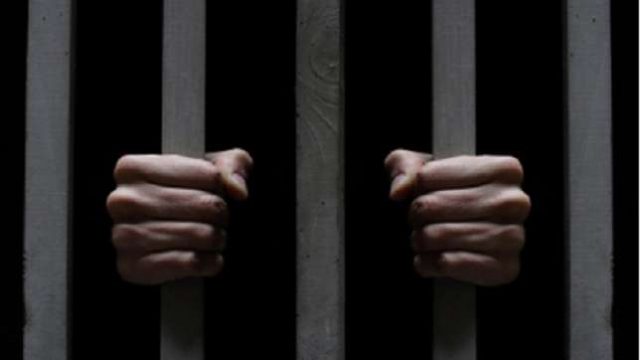 Ikenna Udu’s family says that the police at the State Criminal Investigation Department Annex in Awkuzu, in the Oyi Local Government Area of Anambra State, killed him through torture.

The victim’s wife, Mary, along with her sister-in-law, Chioma Aniebonam, and her husband, said Sunday that they had failed in their attempts to get Ikenna’s body back.

They also said that when the police found out that Ikenna had died, they buried him without telling them and wouldn’t tell them where his body was.

It was said that Ikenna, his wife, and their children, along with his brother Chidubem, their parents, and a few friends, were at home in Abatete, in the Idemili North Local Government Area of the state, when armed policemen broke in around 4am in September 2022.

Ikenna’s wife told reporters on Monday that the police arrested four people, including Ikenna and Chidubem, and took them to a place where no one knows where they are.

“It took us up to a week to find out that the policemen were from Awkuzu SARS,” the mother of four said (SCID Annex). When I brought food for Ikenna and Chidubem there, the policemen got it for them.

“The police told me that Ikenna and Chidubem had been sent to the Onitsha Custodial Center on the second try. So, I went to the facility to see both of them. However, to my surprise, I only saw Chidubem. Chidubem told me my husband was dead when I asked about him.

Chioma, Ikenna’s sister, said that her brothers were arrested because a neighbor said in a petition that they and two other people broke into his house with weapons and stole his stuff.

Sunday, Chioma’s husband, said that when his family went to see the man who wrote the petition against his in-laws, he asked for N1.5m to settle the matter.

Sunday, on the other hand, said that police at the SCID Annex wanted N200,000 to let his in-laws out on bail, and that they planned to get the money when Ikenna died.

He said, “There is a fence between the house where Ikenna and Chidubem live and the building of the man who said they robbed him. How do they plan to rob him? I know that they can’t do that. Last month, they were both arrested, but Ikenna died in police custody after being tortured.

“The police didn’t tell us that Ikenna had died; all we knew was that they had charged them with something. We also learned that Ikenna was represented in court by someone else, and they were all sent to prison. But when Chidubem told us that his brother had died while in police custody, we went back to the SARS office in Awkuzu to ask for Ikenna’s body, and they started acting suspicious.

Sunday said that the family hired a lawyer, Chike Nonyelu, to try to get justice. Nonyelu took the case to the SCID Annex in the Oyi Local Government Area of the state.

Sunday said, “Later, the police told us that the body of Ikenna had been buried. With a friend who knew Ikenna, I went to the Awkuzu SARS to ask for his body, but the police wouldn’t let me in.

“My friend was let in because he knew some of the police officers. He went in to make sure it was Ikenna’s body, but he said the body that was dug up was that of someone else. He said that the body they had dug up didn’t have a tongue, a breast, or any private parts.

“We made a complaint, but the cops chased us out of their office. I want everyone to hear about this story because I’ve never seen anything like it in my life.”

When asked, Nonyelu confirmed that members of the Udu family told him to take care of Ikenna and Chidubem’s defense.

He said, “I have asked the Chief Magistrates’ Court in Ogidi, where they were said to have been charged. I haven’t been able to get a signed copy of the court’s record of proceedings yet. I think I will have them by Thursday.”

When asked for a response on Wednesday, October 26, Ikenganyia Anthony, the state Police Public Relations Officer, told a PUNCH correspondent to send a text message for a response instead of giving a comment.

Ikenganyia was contacted again on October 31, and he told a PUNCH reporter to send him a message. As of the time this report was written, he had not replied.