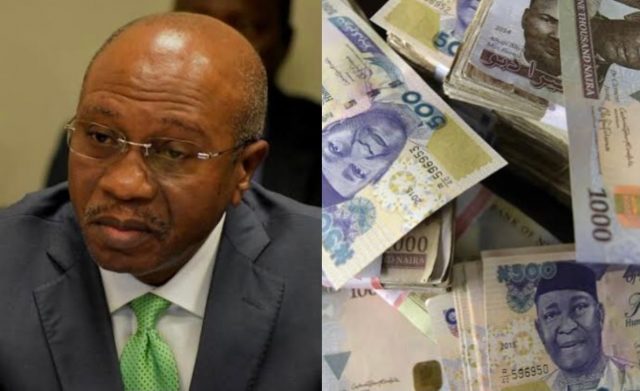 Financial experts and analysts have had different reactions to the Central Bank of Nigeria’s plan to change the look of Naira notes (CBN).

The top bank also said that after January 31, 2023, the current notes will no longer be accepted as money.

The Governor of the Central Bank of Nigeria, Dr. Godwin Emefiele, said that this was happening because Nigerians are hoarding 85% of the money that is in circulation.

Emefiele also said that the new design of Naira notes would help stop fake money and make it harder for terrorists and kidnappers to get paid with stolen money.

Even within the government, people have different opinions about what CBN said.

Zainab Ahmed, the Minister of Finance, Budget, and Planning, became known as a critic of the planned policy after she said in the Nigerian Senate that she had not been asked about it.

Even though President Buhari Muhammadu seems to have saved the situation by saying that he agrees with the CBN’s plan to change the look of naira notes, the situation is still not good.

But, when talking to DAILY POST on Monday, some financial experts said that the idea of redesigning the Naira notes was a waste of time and money, while others said that the move made sense.

Mr. Idikolo Gbolade, an expert on financial inclusion and wealth management, said that the decision will not help the Nigerian economy, which is in bad shape.

He said that the decision has made the Naira even less valuable than the Dollar.

“The reasons given for redesigning the Naira notes, such as trying to track down ransom payments or stop people from making fake money, may be good, but the cost of doing so could add to inflationary pressures on the economy. This decision won’t help the economy in a good way.

“Right now, the announcement has made the Naira even less valuable. Its exchange rate on the black market is N815/$.”

“The sudden change could be politically correct, but it could hurt the economy because it would be put into place so quickly. This could cause problems in the financial system.

“This sudden rise in the exchange rate of Naira to US Dollars is mostly due to a large number of people wanting to exchange Naira notes for dollars. This has made dollars even harder to find, put more pressure on the Naira, and cut our foreign reserves.

“The Naira’s continued drop in value will hurt the economy even more and raise the cost of production and living,” he said.

Dr. Muda Yusuf, who is the CEO of the Centre for the Promotion of Private Enterprise (CPPE), said that the exercise has nothing to do with monetary policy.

Muda also said that the country could survive without this kind of intervention. Instead, he said, the CBN should focus on fixing the problems with liquidity on the foreign exchange market, the devaluation of the Naira, and rising inflation.

In his words, “Currency is less than 7% of the amount of money in circulation. So, the exercise has nothing to do with monetary policy.

“On top of that, it will have huge logistics costs and cause small businesses, most of which are in the informal sector, to move.

“This is one kind of help we don’t need. There are more important things that need the CBN’s attention. We have problems with liquidity on the foreign exchange market, a currency that is falling in value, Nigeria’s recent downgrade by Moody’s, rising inflation, and a lot of other things.

“The CBN should stop this currency redesign so that it doesn’t hurt the people or the economy. It’s a waste of time that we don’t need.”

Godwin Oyedokun, a management and accounting professor at Lead City University in Ibadan, said that the move could help stop the flow of illegal funds.

“In my opinion, it’s the right thing to do. Buhari said that the only people who won’t support it are those who are against it. Some people said it would change the exchange rate, but I don’t think so.

“It can be used to change the way that illegal money moves. If you have no reason to keep dollars, you shouldn’t keep them. There will be a lot of money in circulation right now, but it won’t last. I think there will be a new policy by January or February, because no one should have a reason to hold cash. He said, “It costs more to print Naira, but everyone will be fine if people don’t exchange cash in person.”

DAILY POST found out that commercial banks have put forward plans to make it easy for depositors to get their money back before the deadline in January.