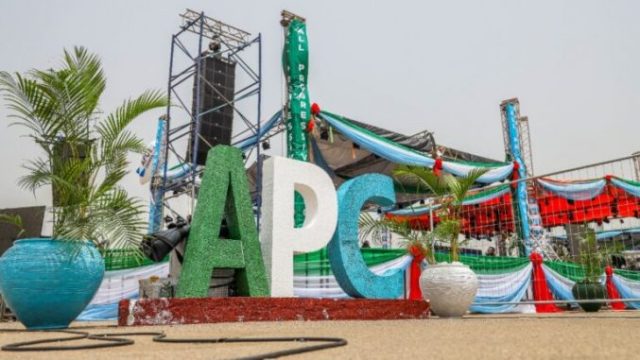 The national chairman of the All Progressives Congress (APC), Abdullahi Adamu, says that the party has given Nigerians the “change” it promised. Adamu spoke at the start of the APC presidential campaign in Jos on Tuesday.

The APC chairman said that it is an honor for the party to have President Muhammadu Buhari at the start of the campaign. He also said that his presence shows that he is committed to the party and all of its candidates.

Adamu also said that Buhari had done more than his predecessors in terms of infrastructure and other things. Adamu said, “I want everyone to stand up and applaud Buhari for a job well done.” Our party has done well enough to be proud of. We said things would change, and they did.”

He also said that giving the party’s flag to Bola Tinubu, who is running for president, shows that Tinubu has the power to lead the party into the elections in 2023.

He said that the flag is the sign of the party and that it must always be “clean.” We can’t do anything that will make the flag look bad. It will look bad if we aren’t good representatives of the party and do our jobs well,” he said.

“We sully the flag when we do things that hurt the idea of fair, free, and honest elections. It won’t be over until it is. We won’t stop until we have the trophy of victory in our hands.” Buhari said that the party is ready to back Tinubu all the way.

Buhari said, “The party has taken a stand, and we will support him and work to get him elected president of Nigeria.”

I won’t read out a long speech. I’m here to give him the flag of our party.”