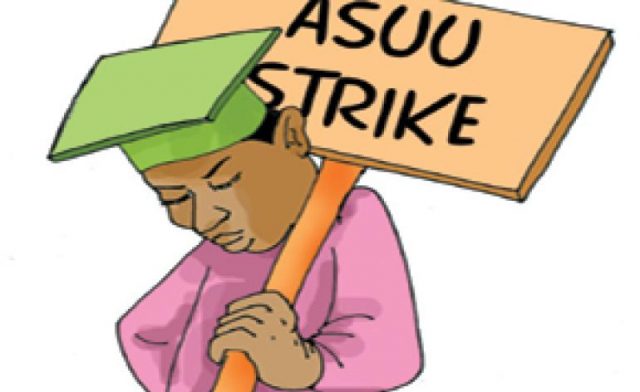 On Friday, the Academic Staff Union of Universities, University of Jos chapter told its members to stay at home for as long as it takes for the federal government to pay their salaries.

This was said in a statement from the ASUU branch, which was given to our reporter and signed by the branch chair, Professor Lazarus Maigoro.

On Thursday, the PUNCH was the first to report that the government had paid half of the lecturers’ salaries while they were on strike.

Part of the statement says, “At the meeting, it was agreed that 50% of the eight-month backlog of salaries that had been withheld would be paid to our members right away. However, as of the time this press release was written, only 17 days of prorated October salaries had been paid to our members by the office of the Accountant General of the Federation.”

“Since they had been there for about nine months, our members at the University of Jos thought this was an insult from the Federation’s Accountant General.

Will he listen to that? Institutes have been on strike for more than a year.

We also know that the Minister of Labor and Employment, Chris Ngige, wrote a memo to the Accountant General asking him to pay our members only from the day we ended the strike.

By doing this one thing, the Minister of Labor and Employment has made the work of University Lecturers more like a job for anyone.

“This gives us more reason to doubt that the agreement reached with the leadership of the House of Representatives on some of the issues will be carried out by those who are supposed to do so in order to avoid more unnecessary strikes.

“From what I can tell, the Minister of Labor and Employment, Chris Ngige, has made the situation between him and our union personal and is out to get revenge.

“It’s now clear that he wasn’t happy that the House of Representatives brokered a truce on some of the issues we went on strike for, and he’s been working behind the scenes to destroy it.

“It is also very clear to us now why he shamelessly walked out on the leadership of the House of Representatives at one of the meetings with all stakeholders in front of all Nigerians: he never wanted any kind of solution to be found on the issues being talked about and is the nation.

“Because Ngige is making it hard for our members to get their back pay, the congress of ASUU University of Jos met today, November 4, 2022, and decided to stay home, but not go on strike, until the back pay is paid.

So there’s no doubt, our members are back at work, ready and willing to work, but they can’t. Based on the revised academic calendar for the 2020-2021 session, which was approved by the University senate, classes should have started already. However, our members haven’t been able to teach because they haven’t been paid.

“This means that the students who have already gone back to school will have to wait indefinitely while we wait to get our salaries that were held back.”