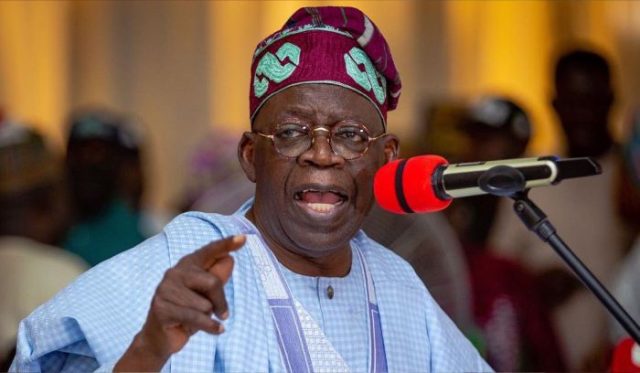 Bola Ahmed Tinubu, the All Progressives Congress (APC) presidential candidate, made a very stupid error when he instructed supporters at a gathering to obtain their APV, APC cards rather than their Permanent Voters Card (PVC).

After asking his followers if they loved him, Tinubu erred on Saturday during the APC campaign event at the Teslim Balogun Stadium in Surulere, Lagos.

He ‘failed’ when he asked the crowd, “Do you love me? Do you cherish me? Voting is required, so go get your APV and APC.

According to Information Nigeria, numerous followers of opposition parties have made fun of the APC candidate on social media, claiming that his recent “errors” are sufficient evidence that he is ineligible to run for president of the nation in 2023.

State governors from the nation’s ruling party attended the event as well, among them Dapo Abiodun of Ogun, Yahaya Bello of Kogi, Abdulrahman Abdulrazaq of Kwara, Simon Lalong of Plateau, and Aminu Masari of Katsina.