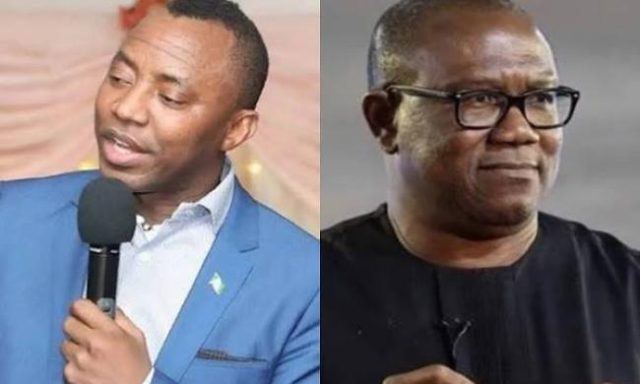 In response to Governor Chukwuma Charles Soludo’s assertion on Channels TV on Thursday night that he was unaware of any investments made by any of his predecessors in the state, Sowore made this statement.

Obi, who served as the governor of Anambra State from 2006 to 2014, claimed to have invested millions of dollars on behalf of the state in International Breweries Plc, a division of Anheuser-Busch InBev (AB InBev), a multinational beverage and brewing conglomerate headquartered in Leuven, Belgium.

“I guess I read something about someone speculating about whatever investment,” Governor Soludo remarked. The value of those investments is worth practically nothing after what I’ve seen today. So let’s disregard that.

“Charles Chukwuma Soludo @CCSoludo revealing and unraveling @PeterObi on @channelstv over his fraudulent investment portfolios,” Sowore posted on his Twitter profile in response. He claimed that Peter Obi is the “best packaged” fraud and that his “purported investments are next to nothing”! @TakeItBack, “#WeCantContinueLikeThis.”