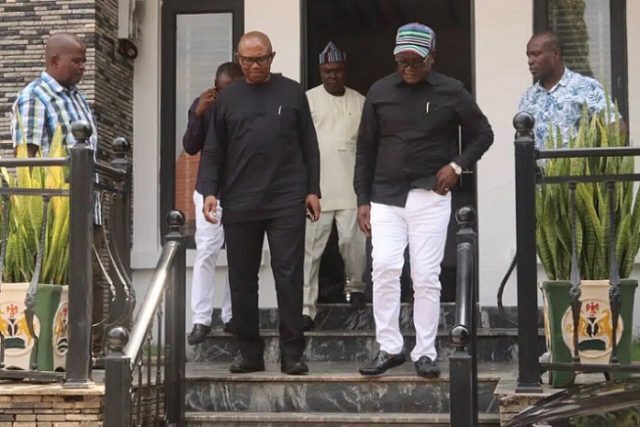 Peter Obi, the Labour Party (LP) candidate for president, has pleaded with his supporters to refrain from disparaging or verbally abusing any politician.

Speaking via a statement he personally signed on Friday, Obi explicitly advised his followers not to criticize Samuel Ortom, the governor of Benue State.

He claimed that Nigeria had faced enough problems and that none of his followers should insult anyone or make disparaging remarks about any group in order to avoid inflaming the political climate further.

Obi noted that during a recent campaign event in the state, a specific candidate for the Labour Party in Benue State had called Governor Ortom a liar, but that such labeling is unacceptable.

Instead, he advised his supporters and supporters to concentrate on issue-based campaigns.

The LP candidate for president said:

“I urge Labour Party members to refrain from disparaging anyone, any group of people, or any faith, especially candidates at all levels, including my supporters.

“Due to its severe issues and ongoing economic hardship and instability, Nigeria is in danger of imploding. Therefore, rather than turning into name-calling, the emphasis should be on how to cope with the negative effects of a collapsing economy, pervasive insecurity, and the numerous issues that the country is facing.

In particular, during our recent campaign in Benue, a candidate called Dr. Samuel Ortom, the governor of Benue State, a “deceit.” We find that to be wholly unacceptable.

“Samuel Ortom, the governor of Benue State, is still a deeply patriotic Nigerian who has consistently advocated on behalf of his constituents and Nigeria as a whole. We all have weaknesses; I have one, and so do other people. But we shouldn’t use such derogatory language to describe others.

READ ALSO:  Wike says he will help Obi with logistics for his campaign in Rivers

“We must keep our attention on running an issue-based campaign and work together to create a brand-new, better Nigeria.

“I want success in the next elections for all of our candidates, including myself. -PO”