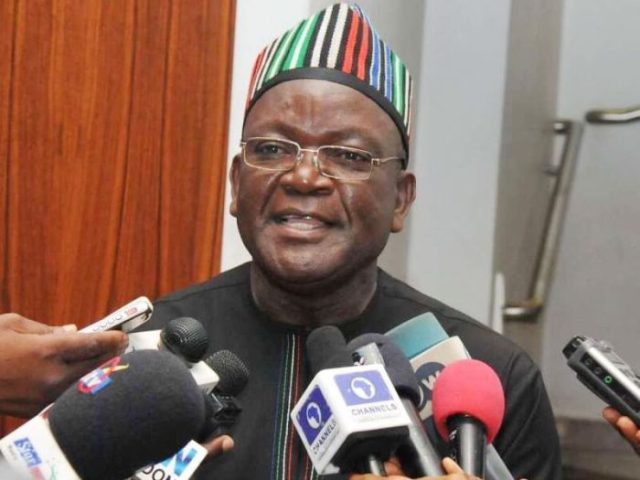 The Peoples Democratic Party (PDP) colleagues of Benue State Governor Samuel Ortom have stated that their request is not for personal gain but rather is in the best interests of Nigerians.

Seyi Makinde, Samuel Ortom, Okezie Ikpeazu, Ifeanyi Ogwuanyi, and Nyesom Wike are among the individuals demanding for the resignation of Iyorchia Ayu, the PDP’s national chairman.

Five PDP governors have decided to abandon the party’s presidential campaign as a result of the demand’s rift within the party.

The idea that the party’s presidential candidate and national chairman should not be from the same region underlies the governors’ demand for Ayu’s resignation.

According to Ortom, their demand is to make sure that justice, equity, and fairness are practiced within the party. He also expressed his wish for Nigeria to develop into a nation where things are done in an orderly manner.

According to him, they were adamant about “doing the right thing in the PDP and the country at large, not for their own interests, but for the interests of other Nigerians and their confidence in the rule of law.”

“God has endowed Nigeria with both human and material resources, making it necessary for the people to unite notwithstanding party and religious feelings in order to make it, not just as the giant of Africa but that of the globe.

By God’s help, he said, the PDP would triumph in every election in 2019 and so be able to complete the mission of freeing the nation from the APC.